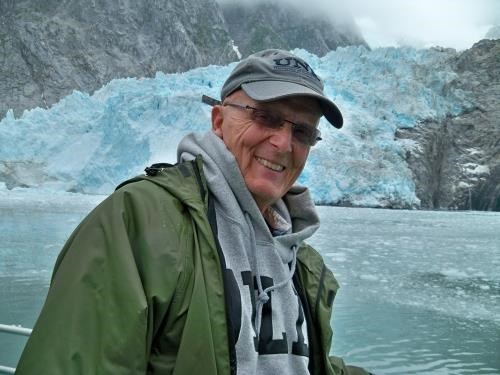 SANBORNVILLE - Charles Tupper Russell Sr., 84, of Sanbornville, died peacefully at his son Charles' home after a long illness on Saturday, June 6, 2020 surrounded by family and friends. He was born in Hartford, Conn., on March 31, 1936 and was the son of Dr. Jason Almus Russell and Louise Crathern Russell. He was raised by Francis Russell, the second wife of his father, after the passing of his mother. He is predeceased by his older sister Sally C. Lewis, and his companion, Ruth Olszowy.
He is survived by the mother of his four children, Barbara Baldori Russell, as well as his children: Angela Russell, wife of Wesley Hendrickson; Carol Russell Kriebel, wife of Jonathan Kriebel; Steven C. Russell; and Charles T. Russell Jr., husband of Diane Russell. He was the proud grandfather of Ryan, Brandon, and Victoria Hendrickson, Garrett and Harrison Kriebel, Josiah Russell, Charles Russell III, Steven C. Russell, William Neilson, Amanda Wheeler, and Tyler Shaw. Charles was a great grandfather to Forrest and Clementine Wheeler.
Charles graduated from Bloomsburg Area High School in 1954 and went on to Millersville University in 1958 to earn a degree in education. He received his master's degree in guidance and counseling from Temple University. He went on to further his education in the doctoral program as a Graduate Assistant and completed all requirements for administrative certifications in both Pa., and N.Y.
Charles loved to speak of his early adventures while working as a young man at Hotel Magee in Bloomsburg, Pa., as well as his years on Brown's Farm, Kistler's Farm, and as a cook at Three Mile Island AMC camp located on Lake Winnipesaukee, New Hampshire.
Throughout the years of his professional career he served as a teacher, guidance counselor, and administrator within multiple school districts throughout Pennsylvania and New York State. He proudly served as the Superintendent at Damascus School District in Damascus, Pa., but spent most of his career with the Elmira City School District as the Assistant Superintendent of Schools.
Throughout his life, Charles proved to be an avid outdoorsman. He enjoyed activities that brought him close to the beauty and adventure of nature: canoeing, hiking, skiing, swimming, hunting, and photography. He was especially fond of his many trips to the Allagash Waterway with his sons and grandchildren. He was a historian and lifelong learner who loved to share his knowledge with those he cared for. These interests enhanced the trips and adventures for his family and friends.