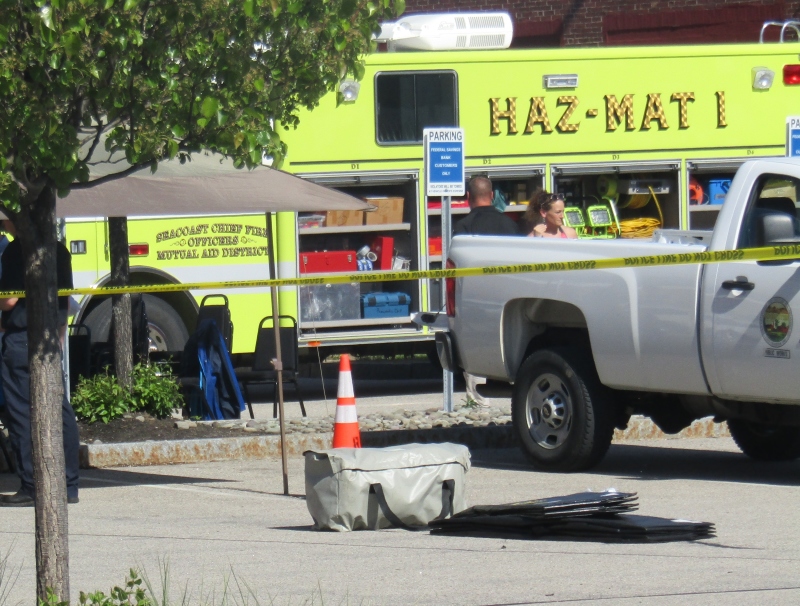 ROCHESTER- Rochester's City Hall was evacuated around noon on Monday after a white powdery substance was found inside a package delivered to the city's IT department.

Two haz-mat teams immediately responded to analyze the powder, but no immediate indication was given by safety officials on whether the powder was determined a hazard.

Emergency vehicles, including haz-mat trucks, firetrucks and police cars blocked off the immediate area of City Hall and the police station, but for the most part downtown traffic continued to run smoothly.

Officials did not release any information on whether anyone had been made ill by the suspicious powder, which arrived inside an Amazon package.

Monday night's Rochester Planning Board meeting was canceled because of the package scare.

Meanwhile, nearby downtown businesses remained open throughout the afternoon.

Most of the haz-mat and emergency crews had left by dusk.

It was not clear how long it would take safety officials to determine the exact nature of the white powder or if it posed any potential threat to workers.

Cox said about a half dozen employees were in the IT office at the time of the incident and a total of 20 were evacuated from Town Hall.

Employees of the recently renovated City Hall Annex were not evacuated, he said.