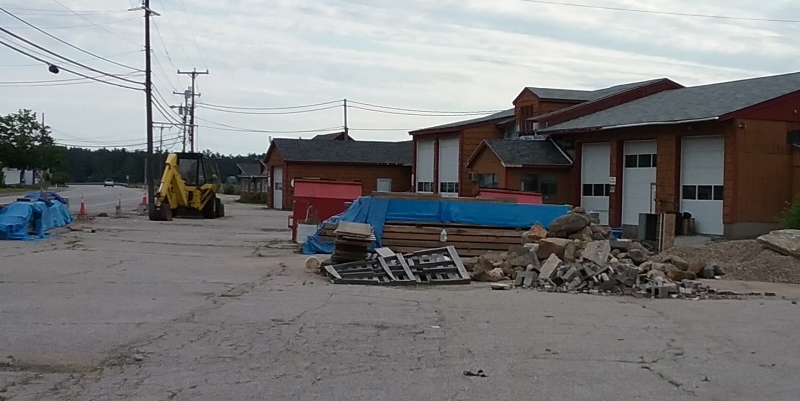 It may look status quo in this photo taken Thursday, but officials are hopeful the restaurant project for the former Ray's Marina property will finally move forward. (Rochester Voice photo)

Milton code enforcement officer Brian Boyers said earlier this month that a technical review of his plan is being studied during June and that Nie will likely go before the town's planning board in July.

Nie's plans have called for about half of the building to be used for the two restaurants, with the other half's use still to be determined.

Ray's Marina closed in 2012 due to sluggish boat and RV sales, and while the former marina's buildings on the Cumby's side of White Mountain Highway have been converted into a mini-mall, the lakeside headquarters have remained shuttered with no plans until Nie bought it in 2015.

That leaves just one final property in Lebanon off Champion Street formerly owned by Ray's still to be sold.

Plans earlier submitted by Nie called for the new China Pond to remain a take-out restaurant with the other eatery - targeted for basic American food - expected to have a 30-seat capacity.

The painfully slow development of the vacant downtown building has proved troubling to both Milton residents and Nie, who had hoped to have his new China Pond up and running in 2016.