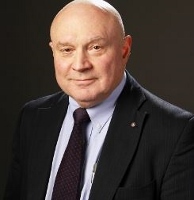 ROCHESTER - As officials work on developing the city budget through next month, City Manager Dan Fitzpatrick today encouraged residents to watch public meetings live on cable, or on demand online.

There are two ways residents can watch meetings and stay informed as the city works its way through the annual budget process, including:

"We want residents to be able to easily and conveniently keep up with government news, especially during the budget season," said Rochester Government Channel Coordinator Celeste Plaia. "The Rochester Government Channel strives to offer broad coverage of a variety of boards and committees year round, and now is a good opportunity for residents to explore our different content offerings."

In addition to its coverage of budget meetings, the Rochester Government Channel broadcasts a wide array of city meetings live, including the Finance Committee, Public Works Committee, Planning Board, City Council, Police Commission, School Board and Zoning Board of Adjustment. Those meetings are also available on-demand on the Video Portal after they have aired on television.