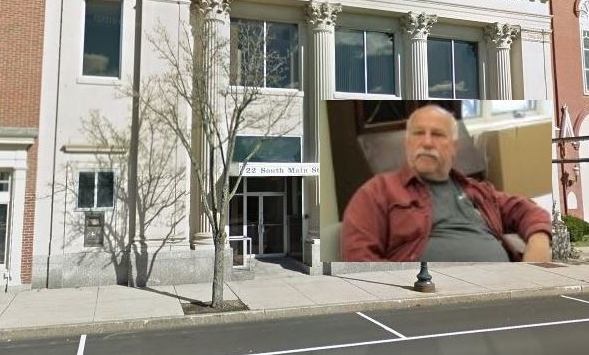 ROCHESTER - With little fanfare or opposition and no discussion, the Rochester City Council on Tuesday approved a property tax relief package for a former downtown bank to be rehabbed into a first-floor restaurant with a half dozen apartments above it.

The vote means that developer Norm Vetter of Norm Vetter Foundations will be able to enjoy 11 years of tax assessment at the building's present level rather than the increased value the property will be reflective of after he completes a $1.5 million rehabilitation project.

City Councilor Geoffrey Hamann was the only board member to oppose the tax relief package for the 22 South Main Street property.

The 12,000-square-foot 1850s-era Romanesque-style structure with its distinct Corinthian columns - formerly the Norway Plains Savings Bank - is expected to include six apartments including a mix of efficiencies, one- and two-bedroom units that will range in price from $925-$1,181 a month, Vetter said in plans submitted to the city.

Only one resident voiced opposition to the plan at a public hearing two weeks ago, saying it was making taxpayers foot the bill instead of using private money.

More good news about the downtown came earlier this month when Bob Benoit of Gonic, who operates Mitchell Hill BBQ, announced on his personal Facebook page that he would be opening a restaurant in the former Mel Flanagan's Irish Pub space on North Main Street.

Benoit has been running a barbecue catering business for some time, but this is his first move to a fixed location. He expects to open this fall.

Earlier this month the Rochester Opera House and Rochester Performance and Arts Center announced they were renting the North Main Street building that housed the former Rochester Recovery Center. The building sits behind and just south of Rochester District Court, and will be used for youth theater and arts programs.

Plans are also in the works for another opening of a mixed use building in the North Main Street Hartigan Block, which was built in 1901 and is directly across the street from Rochester
District Court.

The building will also include a restaurant on the ground floor and apartments above.