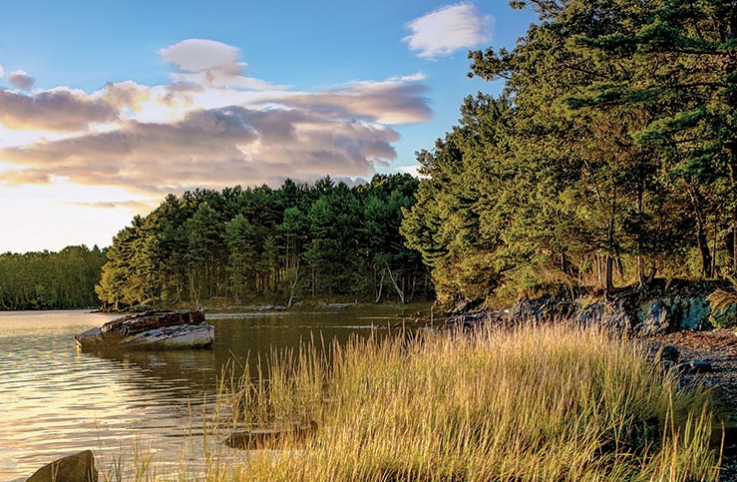 Rochester pointed out in public comments to the EPA that data collected for decades from the Great Bay showed eelgrass populations thrived in the 1980s and '90s when nitrogen levels were significantly higher than they are today. (UNH/Courtesy photo)

ROCHESTER - The culmination of a yearlong effort to fend off costly EPA-mandated upgrades to the city's sewerage system to reduce nitrogen levels in the Great Bay Estuary came of fruition Tuesday night as City Councilors unanimously approved an alternative plan that will comprise an Adaptive Water Quality Management Plan to include close monitoring of the vital watershed.

The original draft General Permit for the Great Bay, proposed by EPA in January 2020, would have required the 12 New Hampshire communities with wastewater treatment facilities in the Great Bay watershed to reduce the nitrogen in their combined discharges by 45 percent.

The cost of compliance for Rochester alone would have been in excess of $30 million to construct and modernize treatment plant buildings and operations, with an additional $1 million per year for operations and maintenance, according to city finance officials.

Rochester City Manager Blaine Cox has said if Rochester were to accept the order in full it would have doubled the city's sewer rates, raising them ultimately to $15.75 a unit.

Rochester, which led the effort to seek an alternative, less costly plan, was quickly joined by Dover and Portsmouth. Some 12 communities use the Great Bay estuary for disposal of highly treated wastewater, and all of them were facing huge increases in costs to comply.

Ultimately the EPA agreed to allow a moratorium on its permit order to allow for monitoring of nitrogen and eelgrass levels.

"This is great for the community," said Mayor Caroline McCarley shortly before the unanimous vote was taken.

Attorney Sherry Young of Rath, Young and Pignatelli said that more of the dozen communities affected are expected to join the intermunicipal group including Exeter, Newmarket and Newington.

Rochester's individual share of 18.65 percent of the total cost of monitoring could fluctuate anywhere between $37,000-$90,000 per year, a drop in the bucket compared to what the city was facing.

Communities that want to join the group have until April 2 to do so.