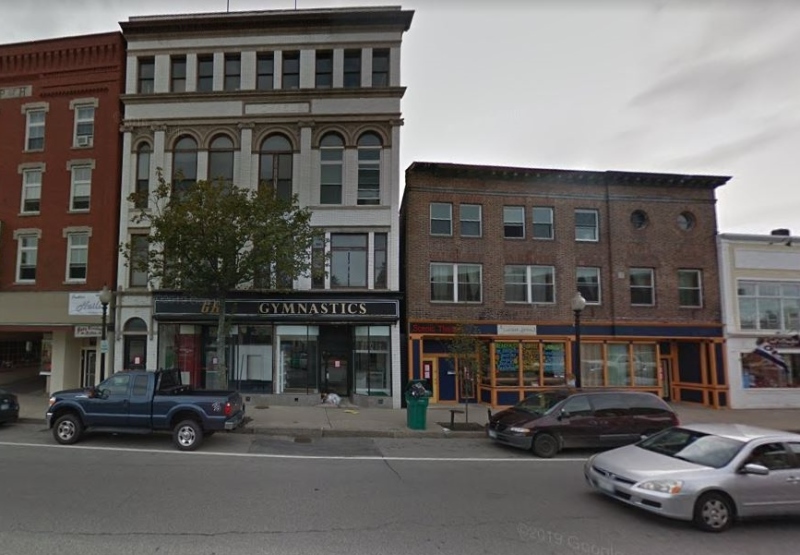 ROCHESTER - Rochester's City Council will hold a public hearing on Tuesday to allow public comment on the city's plan to spend up to $300,000 in taxpayer money to make needed repairs to the city-owned Salinger Block and Scenic Theater building in the downtown.

If the council passes it during an expected vote during Tuesday's City Council meeting that immediately follows the public hearing, the money will be disbursed to the Downtown Revitalization fund.

The roofs on both North Main Street buildings have leaks, but the Scenic Theater roof is the worst of the two, Rochester City Manager Blaine Cox said today, adding last year there was snow accumulating on inside floors.

He said some of the repairs are already being done by city workers using money that had already been appropriated to the Downtown Revitalization Fund.

"We're looking to get them cleaned out and do some patching to stop the deterioration," Cox said, adding it was in the city's interests to maintain the buildings as they seek a private buyer for both.

He said all of the roof work will be done by city workers.

Meanwhile, work on the Salinger block will in large degree comprise removing the partitions from the interior of the building.

Cox said both buildings also just have a lot of junk inside that has to be removed to make them more attractive.

The Salinger Building's last occupant was Kelly's Gymnastics, while the Scenic Theater's last tenant was the Cast and Grind Coffee Shop. Both left several years ago.

The $300,000 will be taken from the General Fund Unassigned Fund Balance.

The partition work in the Salinger Block will be done by Danley Demolition of Freemont who won a competitive bid.