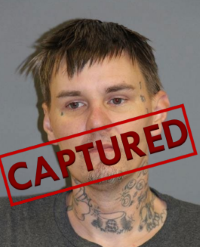 ROCHESTER - A Rochester fugitive wanted for parole violations on a fentanyl trafficking charge was arrested last weekend by Rochester Police.
Michael Lee Rand, 34, had been on supervised release after being convicted for selling fentanyl, however he violated the supervision requirements when he changed addresses without alerting the courts.
The court issued an arrest warrant on Sept. 9,
Rochester Police officers identified Rand during an encounter Saturday morning. Rand initially tried to avoid identifying himself, but he was taken into custody without further incident or charges.