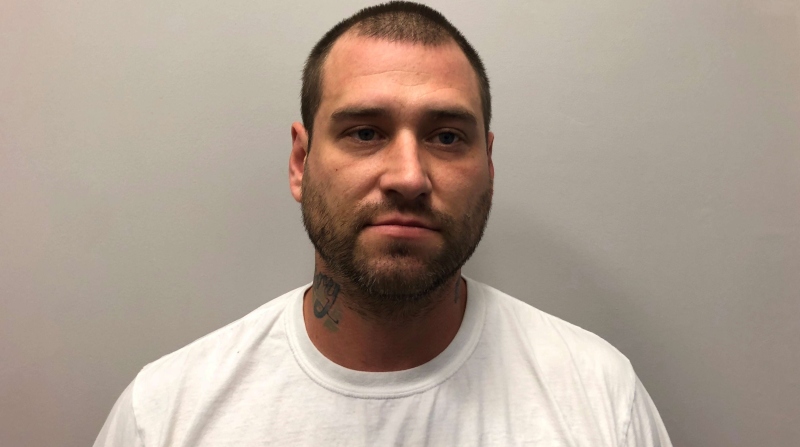 ROCHESTER - Rochester Police on Wednesday were able to apprehend without incident a suspect in a pair of violent assaults on Lafayette Street last month.

Travis J. Roy, 37, of 7 Lafayette St., Apt. #A was taken into custody on several arrest warrants after police spotted him on Lafayette Street around 12:50 p.m. He was charged with two counts of simple assault and being a felon in possession of a dangerous weapon.

The charges stem from an altercation on Lafayette Street on Sept. 18 in which Roy allegedly shoved and wielded a metal pipe against one man and punched another.

According to a police affidavit filed by Patrol Officer Michael Brinkman, he responded to the area of 5 and 8 Lafayette St. for a report of a fight and found a large crowd in the middle of the street.

Soon he was met with a man who said he had been assaulted by both Roy and another man. According to the affidavit, Roy is seen in a video supplied by a bystander "pulling a metal pipe from underneath his T-shirt in the area of his lower back" before walking out of sight.

While the video does not show it, the victim said he was allegedly assaulted several more times, though the affidavit does not specify if he was struck with the pipe. Roy is then seen walking away and punching another unknown male in the face as the crowd disperses, the affidavit states.

Roy was found to have a long history with local law enforcement, including a 2004 conviction for felonious sexual assault, a 2002 conviction for reckless conduct and convictions for burglary and second degree assault in 2000, all out of Strafford County.

Information on Roy's arraignment was not immediately available.