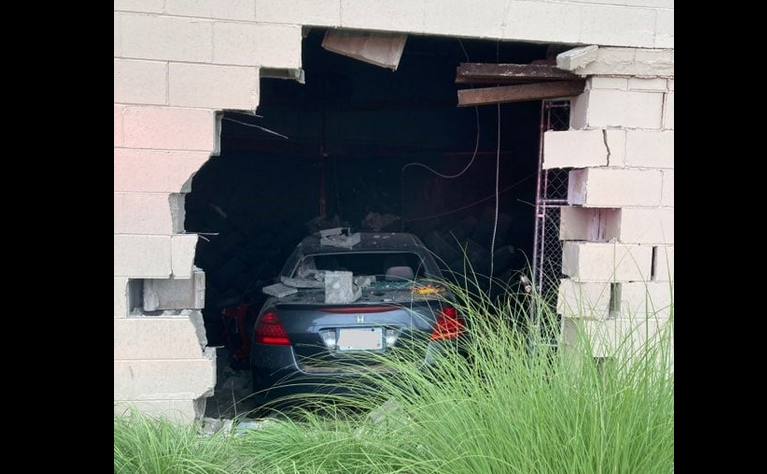 ROCHESTER - A Rochester man was arrested for DUI on Saturday after the car he was driving crashed into the Town Fair Tire Shop on North Main Street.
Police responded to the scene around 5 p.m. after getting a call for a motor vehicle crash at 306 North Main St., where the tire shop is located. The caller said the driver had fled the scene on foot.
When Police arrived they found a 2006 heavily damaged Honda Accord had crashed through an exterior wall and was fully inside the structure.
No employees were present at the business.
Police began searching the area and quickly located the driver a little farther up Ten Rod Road.
Aaron Shackelford, 29, sustained minor injuries and was transported to Frisbie Memorial Hospital. He was later charged with driving under the influence and conduct after an accident. He was placed on a probation hold pending his arraignment.