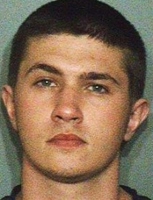 DOVER - A Rochester man was found guilty earlier this week in the 2016 fentanyl overdose death of a 19-year old former Spaulding High graduate who worked as a dietary aide at a local nursing home and was known for her love of volleyball, tigers and her two dogs, Shiloh and Taz.

It took the jury just a few hours of deliberation to find Ben Mackenzie, 22, formerly of South Main Street, guilty for supplying the fentanyl that killed Bryanna Lynn Frechette, who died Dec. 13, 2016, a day after ingesting the deadly synthetic opioid.

Frechette was a 2016 graduate of Spaulding High School and worked as a dietary aide at Rochester Manor.

She had lived in in Rochester all or her life and was especially fond of her dogs: Shiloh, a Shetland sheepdog; and Taz. a long-haired Chihuahua, according to her obituary.

Mackenzie, who faces up to life in prison, is expected to be sentenced in about 90 days after the completion of a presentencing report.