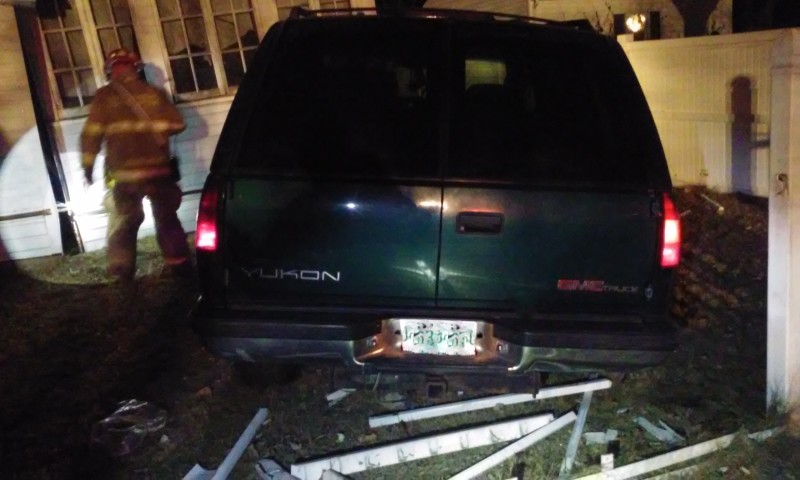 Portions of the fence were destroyed, but occupants were able to remain in the house.(Rochester Police photo)

ROCHESTER - A Rochester man was injured early this morning when his car went off the road and into a Dodge Street residence.

Police say Raymond Marbury, 48, was driving on Rochester Hill Road in the area of Frisbie Memorial Hospital around 4:10 a.m. when his 1997 GMC Yukon left the roadway, went through a yard damaging a fence and came to a stop after hitting a house a 3 Dodge St.

Police say an unknown medical issue suffered by Marbury was the cause of the crash, which caused minor damage to the structure.

There was also significant damage to the front end of the Yukon.

Marbury suffered what were described as minor injuries and was transported to Frisbie Memorial Hospital for treatment.

There were no reported injuries to residents living in the house, which was deemed to remain fit for occupancy.

If anyone has any information regarding this accident they are asked to call Officer Plumb at the Rochester Police Department at 603-330-7128.