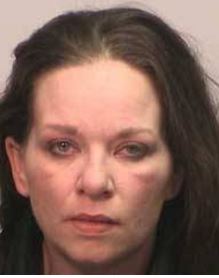 DOVER - The Rochester woman who was sentenced in September 2016 to three to six years in state prison for drug possession and burglary charges for a crime spree in Dover has been indicted on fentanyl possession and trafficking charges while behind bars at Strafford County Jail.

Vanessa Bentley, 38, formerly of 10 Ella Court A, tried unsuccessfully to break into Downtown Discount Beverages on Central Avenue around 5 a.m. the morning of Jan. 6, 2016, smashing a front window but failing to gain entry.

Soon after she headed up to Janetos Superette on Main Street, smashed another window there and gained entrance to the neighborhood grocery.

An employee of the market found Bentley inside the store at 6:15 a.m. and tried to detain her, but court records state she struck him in the back of the neck with a hammer in an attempt to flee before police caught up with her.

As a result of those charges, Judge Mark E. Howard sentenced Bentley on Sept. 23, 2016, to three to six years in state prison on two drug possession counts, but allowed 18 months of that to be suspended if Bentley was accepted into the Strafford County Drug Court. With 129 days of pretrial confinement credit, that means she could have been out in as little as about 13 months.

But now that deal could be in jeopardy after new indictments charge Bentley with delivery of articles prohibited, a Class B felony that carries a three and a half to seven prison sentence; and even more severe, a Special Felony of possession and trafficking after having been convicted of a similar offense, with a 20-40 year prison sentence.

The Strafford County grand jury indictment handed down Nov. 16 allege that Bentley "did knowingly deliver or have in her possession the controlled drug fentanyl" inside the Strafford County House of Correction between July 12-15, 2016, while she was serving time at the jail in connection with the Dover rampage.