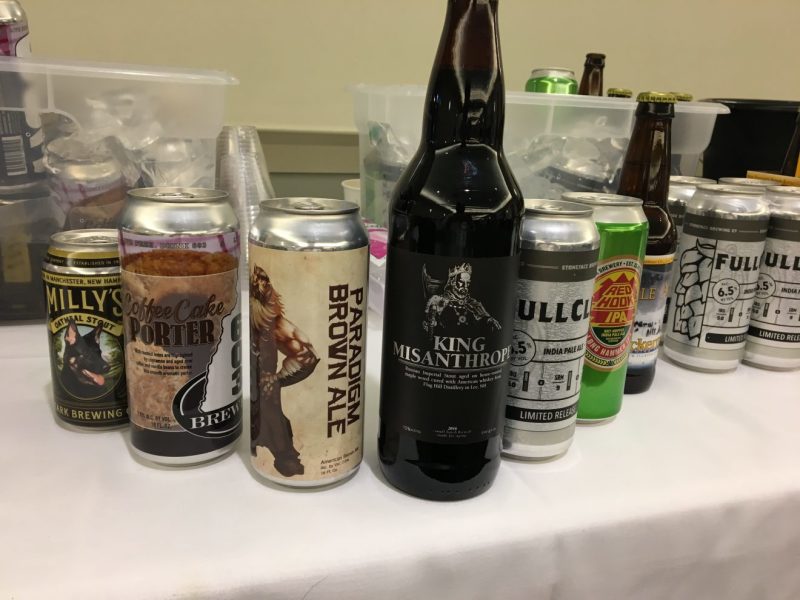 Beer breweries in Portsmouth and Dover have served as economic hot spots so why not Rochester. (Courtesy photo)

ROCHESTER - When Karen Pollard recently saw the types of commercial properties available in Rochester, and dove into analytics that suggest there are thousands of households nearby with at least one person interested in craft beer, it was obvious to her that the city should have at least one craft brewery in town.

Pollard, Rochester's economic development manager, was eager to get the city in front of brewers at the New Hampshire Craft Brew Conference in Durham earlier this month, letting them know that Rochester is ready to welcome them.

With a goal of growing its commercial profile, Rochester has worked proactively to showcase itself as accommodating for small breweries that can serve as catalysts for activity in the city. That approach is the result of industry-specific research performed by Buxton Analytics, which shows there are more than 80,000 households within a 30-minute drive of downtown Rochester and of those households, over 23,500 people have identified as craft beer enthusiasts.

"We really want to see more activity downtown, and a brewery would add a vibrancy that's hard to match with just about any other kind of business," Jenn Marsh, the city's economic development specialist, said. "We can see that there's an appetite for it among our residents and among people in surrounding communities, and we're looking forward to having productive discussions about paving the way for craft brewers to move into the city."

In anticipation of attracting a brewery to town, Rochester has done significant work to eliminate the barriers to entry that breweries have encountered elsewhere.

The city's team arrived at the conference on Nov. 10 prepared with extensive information about available incentives, including the downtown revitalization property tax credit, the Rochester JOB Loan program -- a low-interest loan incentive that allows businesses to borrow between $30,000-$75,000 -- as well as opportunities for grant money to rehab signage and facades, and tax credits for opening in the downtown state-designated Revitalization Zone.

"Given all of the incentives and opportunities the city offers, I think it's simply a matter of time before a brewery comes to Rochester," said Building, Zoning and Licensing Services Director Jim Grant. "We've done a lot of work to make Rochester fertile ground for businesses of all kinds, and breweries are just part of a larger effort to create a diverse set of options for residents."

Rochester has already relaxed its zoning requirements for breweries - significantly shortening the bureaucratic process they would need to go through - in an effort to foster a more inviting atmosphere for entrepreneurs, whose businesses would benefit from the amenities that city staff has identified as well-suited for a future brewery.

"The most important thing is that there's a significant market for a brewery in Rochester," Marsh said. "We're right at the heart of a region that's eager to support a robust craft brewery scene."

The Gonic Mill Building, the former Rochester Bank and Trust building, a former dance studio downtown and a former restaurant at 12 Hanson St. are properties that offer ample parking, while the building at 73-77 North Main St. downtown is zoned to allow an outdoor patio, a hallmark of breweries and beer gardens in other cities.

"There's nowhere else on the seacoast with this combination of a population center and buildings with essential amenities," said Economic Development Commission Member Troy Dillow. "Each of the locations we've identified has tremendous potential and would allow a brewery or restaurant owner do a lot of really creative things."

Of the brewers the Rochester group spoke with, several said they felt discouraged by onerous requirements in the communities where they currently operate, while others said they're actively scouting options for second locations. According to Marsh, one said they have plans to explore Rochester in person in the coming weeks.

Those interested in learning more about Rochester's economic development activities may do so at www.RochesterEDC.com.