Coke's supposed to tell me what to drink, not what to think 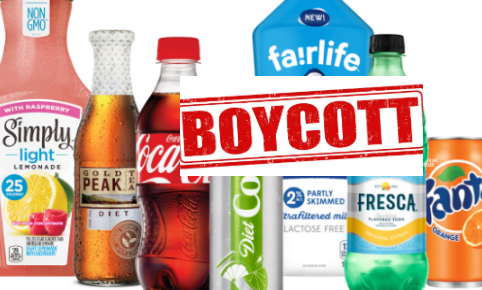 Since Delta Air Lines has signaled its fierce opposition to a Georgia voting bill that require folks to have a valid ID to vote, one would only expect that they would stop that pesky nuisance of a policy that requires IDs when you board one of their jets.

And I guess since J.P. Morgan and Citi have also condemned the bill that requires an ID, they'll stop asking for one when you open an account or cash a random check.

Why is requiring an ID cited as racist? Some studies reportedly say blacks are less likely to have a valid ID than whites, so that automatically makes any policy asking an ID racist.

By their own statements, it would appear that the next step would be to ban the requirement of IDs all together if we truly want a just society.

Meanwhile, here, in real time, I need to have my ID to buy a six pack at Dollar General. But I shouldn't need one to vote?

Does that mean the security of making sure an underage minor doesn't buy a beer is of greater concern than the integrity of our elections?

So safety and security while flying 5,000 feet off the ground requires a government-issued identification (not an electric bill or some random junk mail envelope) but deciding who is going to run our country doesn't?

Well, then just line up to get on that plane, open that bank account or sign that auto loan with no identification, because that's what you're saying.

Opposition leaders to Georgia's secure elections bill from the corporate world have said it represents a "step backwards."

Well, yeah! The most recent election used mail-in ballots to decide who runs the most powerful nation on earth.

Now with Major League Baseball deciding to withdraw its All Star game from Georgia due to the controversy over the voting bill, its ironic that CBS, one of the networks gleefully reporting the move, will still broadcast The Masters next weekend.

Ah the expediency of profit making.

If they had any backbone they'd withdraw next weekend's coverage out of deference. How come the Master's can be held in Georgia, but not the MLB all-star game?

Lastly, ask yourself why corporations, which used to focus on making a good product at a good price to make a profit for their stockholder, are now pious arbiters of racial justice, parsing each and every law and ordinance with laser focus before deciding what suits their current "value system" when, in fact, they should be concentrating on giving us a good "value" for their product or service.

I will be boycotting Delta, JP Morgan, Citi and Coca-Cola products, which include Dasani, Fanta, Gold Peak teas and coffees, Schweppes, Sprite and unfortunately one of my childhood favorites, Fanta; and one of my mom's favorites, which I hated: Fresca!

Fresca will be the easiest.