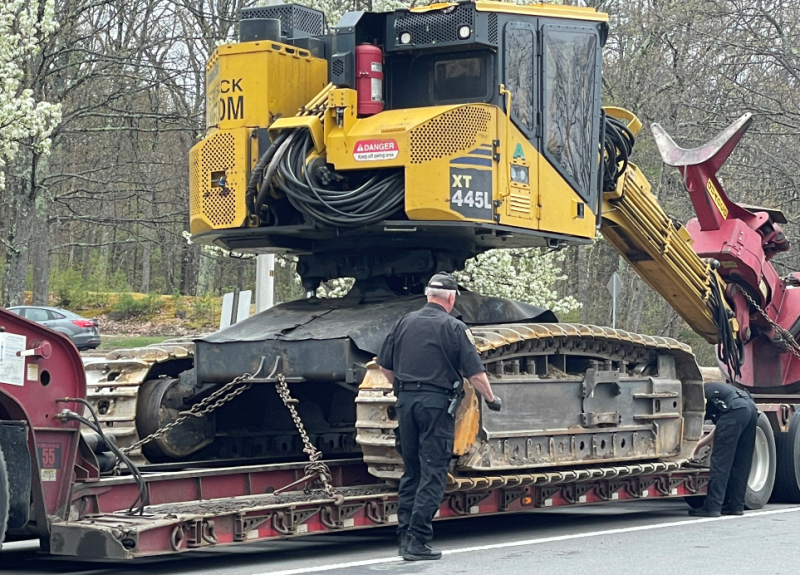 In total, 56 vehicles were placed out of service for critical safety violations, while 29 drivers were placed out of service for violations including possessing drugs, possessing alcohol, driving while not physically qualified, failing to maintain record of driving hours, not holding the proper class of driver's license, operating after suspension, and for continuing to drive after being declared out of service. Troopers issued 63 citations and made one arrest as a result of commercial motor vehicle inspections.

Some of the incidents included:

In Sanbornton, Trooper Mark Magoon stopped a 2018 Hino box truck after the driver failed to pull into a commercial motor vehicle inspection area. As a result of a commercial motor vehicle inspection, it was found that that the driver was in possession of a controlled drug, was not keeping a required record of duty status, and was operating without possessing a valid medical card after having been previously cited. Additionally, it was found that the driver had failed to conduct a pre-trip inspection, the vehicle was not registered, and the company had failed to file a required biennial update with the Federal Motor Carrier Safety Administration.

The driver was ultimately placed out of service and prohibited from operating a commercial motor vehicle, while the vehicle was removed from the scene by Rusty's Towing.

In Dover, Trooper First Class Richard Perreault stopped a 2019 Chevrolet pickup towing a 2018 trailer. As a result of a commercial motor vehicle inspection, he found that the vehicle was not displaying the company name, was missing a required fire extinguisher, was missing safety warning devices, the driver did not have a medical certificate in their possession, and the driver was operating after their driver's license had been suspended.

The driver was placed out of service and ultimately arrested on an outstanding arrest warrant for Burglary as well as for Operating After Suspension - Subsequent Offense.