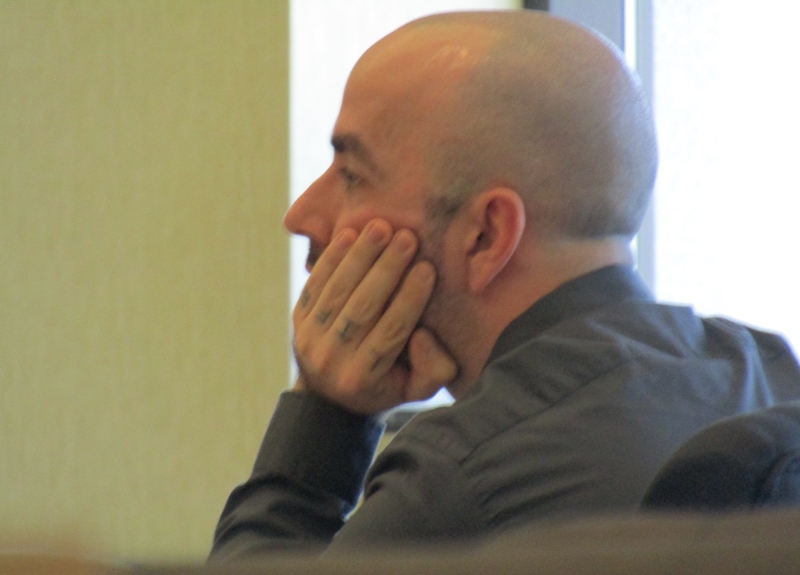 DOVER - The trial of a Maine man accused of exposing and touching himself in front of two young girls at the Somersworth Walmart in 2017 featured extended testimony on Wednesday from the older of the two alleged victims.

After Deputy County Attorney Tim Sullivan questioned the girl regarding the events of Sept. 28, 2017, defense counsel Sven Wiberg's cross-examination dealt mostly with trying to call into question whether the victim, now around 12 or 13, had identified the defendant, 34-year-old Christopher T. Dastrup, of South Berwick, Maine, beyond a reasonable doubt.

"Do you remember seeing any tattoos on the guy," Wiberg questioned the girl.

"Do you remember looking at his picture (during the investigation)?"

"I don't remember," she repeated.

The girl, despite intense questioning from Wiberg, remained calm as Wiberg questioned her about what happened near the toy section after she said she saw the defendant looking at her and her friend.

She testified she and her young friend, now around 6 or 7, were playing hide and seek in some bins in a clothing section inside the store when she saw Dastrup looking at them.

She said she tried to push her young friend's head down so he wouldn't see her.

"He would be looking at me and when I looked at him he'd look away and then look back," she testified.

As defense counsel Wiberg continued asking questions about what happened and how that testimony lined up with what she'd told investigators, the girl grew frustrated blurting out, "I don't remember what I said but I know what I saw."

Wiberg's pressing cross-examination on the girl ultimately drew a rebuke from Superior Court Judge Mark E. Howard, who cautioned the defense counsel to be "more professional" shortly before calling recess for lunch.

Dastrup, a registered sex offender in the state of Maine, is facing up to 60 years on four counts of indecent exposure if found guilty.

He was previously convicted of two or more similar offenses in Oregon.

Court records allege Dastrup both exposed and touched his genitals in front of the two girls, ages 5 and 11.

Somersworth Police Capt. Russell Timmons said soon after Dastrup's arrest in October 2017 that the crimes occurred in the "normal shopping area" of the store.

The trial is expected to wrap up on Friday.