County Attorney on D.C. judge's move in Flynn case: 'Never seen anything like it' 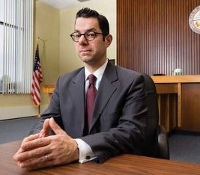 Strafford County Attorney Tom Velardi told The Rochester Voice recently he has never seen done what a U.S. Judge for the District of Washington, D.C., did when he blocked the dismissal of charges against former National Security Adviser for the Trump administration General Michael Flynn.

Flynn pleaded guilty to lying to the FBI in connections with his talks with a Russian ambassador during the Trump transition in 2016.

His current defense lawyer, Sidney Powell, has cited multiple instances of improprieties by the outgoing Obama administration including the FBI asking Flynn to speak with agents on an informal basis without telling him he was a target of a probe.

After the claims by Powell were substantiated by newly release documents, the DOJ sought to have the charges dropped, but U.S. District Court Judge Emmett Sullivan, an Obama appointee, refused and is now beginning to organize briefs by both the defense and other interested parties. Earlier this week Sullivan raised more eyebrows when he hired his own defense lawyer.

Velardi recalled one time when he decided to change a DWI charge from a felony to a misdemeanor.

"The judge tried to stop me, I said you can't stop me, it' an executive function," he said. "The judge had to accept it."

Sullivan may find wiggle room in Rule 23 a federal statute that states in part, "The government may, with leave of court, dismiss an indictment, information, or complaint.

On the legal-dictionary.thefreedictionary.com it characterized "leave of court" in more mundane courtroom matters. "Leave of court is permission from the judge to take some action in a lawsuit that requires an absence or delay. An attorney might request a leave of court in order to file an amended pleading, a formal

declaration of a claim, or a defense."

The D.C. appeals court set a Monday deadline for Sullivan to respond to a petition from Flynn's lawyers that seeks the immediate dismissal of the case.