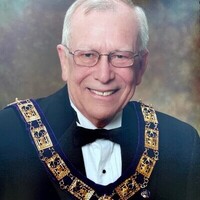 David was born in Rochester, the son of the late Curtis and Geraldine (Sphan) Keller. He is survived by his wife Linda, son Douglas Keller, daughter Sara Toussaint and her husband Paul Toussiant along with his grandchildren Ryan and Anna Toussaint. He was predeceased by his son Christopher Keller, and brother Daryl Keller.

David was born and raised in Rochester. He graduated Spaulding High School in 1962. He attended Plymouth State College where he earned his teaching degree. He returned to Rochester after a quick year in Vermont. He landed a teaching job and started coaching high school football in 1967. His greatest passion was coaching and teaching his players to believe in themselves. For more than 30 years, he taught and coached Spaulding High School students. He loved each and every one of his players as much as he loved the game.

After retiring from teaching in 2004, Dave could be seen running the clock at SHS basketball games, working as a bailiff at the court house or volunteering with Elks #1393. In a similar fashion to his coaching, when David was in, he was all in. He quickly became very involved in the Elks organization by running local Drug Awareness Poster program, soccer shootout and fishing derbies. He was a two-time Past Exalted Ruler, Past District Deputy South, and officer of the year in 2009. Later that year, David became a Papa. He loved to spend the early morning hours doing whatever Ryan wanted as they would putter around the house. He was a dedicated and patient grandfather to Anna when she was born in 2012. He loved them both very much. He was proud that his hard work and dedication were memorialized when he was inducted into the Sports Hall of Fame in 2013. He also enjoyed having the time to do the things he wanted to do, including traveling with Linda to Las Vegas each year.

David was not a man of many words, but when he spoke, you knew that it was going to be meaningful. He was rarely seen without a toothpick in his mouth, and always ready to talk some football. David will be fondly remembered and missed by his family and friends.