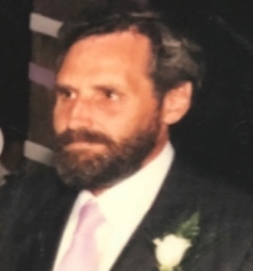 ROCHESTER - Dana Herbert Smith Jr., 69, of Nutter St., Rochester, died peacefully Monday, Nov. 19, 2018, at his home, after a hard-fought battle with cancer.
Dana (aka Buster) was born March 24, 1949, in Hartland, Maine. The son of the late Dana Herbert Smith Sr. and Gladys M (Taylor-Smith) Bedard, he had resided in Rochester for most of the past 50 years, having grown up in Hartland.
He worked many jobs over the years and at one time was a supervisor at Thompson Center Arms, formerly in Rochester. Dana was an Army veteran who served in the late 1960s during the Vietnam era. He enjoyed spending time with his family and his many, many friends. Dana was friendly, humble and quick to smile and laugh. He loved music, all genres, but especially old country and western.
Dana was predeceased by his wife of 28 years Freda (Turcotte) Smith, and his son Darin Diamant.
Dana is survived by his son Donald and his wife Karen Diamant of Milton, and daughter-in-law Debra Diamant of Rochester, his brothers Eric Smith and his wife, Joy, of New Durham, Gary Smith and his wife, Jayne, of Hartland, Brian Smith and his wife, Cindy, of New Durham, and Scott Smith of Middleton; sisters, Roxane Landry of Farmington, Valerie Garrett and her husband, Gary, of Middleton, Sharon Shufelt and her husband, Ted, of Parsonsfield, Maine, and Pauline Small and her husband, Dale, of Plymouth, Maine. Dana also leaves behind four grandchildren he loved dearly, Abbigail, Austin and his wife Amanda, Alicia, and Andrew Diamant. Dana also leaves behind a very large family of cousins, aunts and uncles, nieces and nephews.