Daniel Pinkham ... worked in construction; at 73 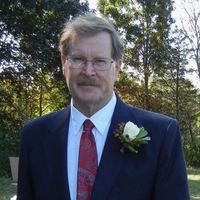 ROCHESTER - On Sunday, June 19, 2022, Daniel Pinkham, dedicated and loving husband, father and grandfather, died at the age of 73 at his home in Rochester after a period of failing health.

Dan was born in Rochester to Wendell and Marguerite Pinkham. He graduated from Somersworth High School in 1966 before heading off to Boston to study to become a radio DJ. Realizing that was not his calling, he began working in the construction industry. In 1971, he married Judith Ann Routhier and they raised two sons, Eric and Todd.

Dan had a passion for working with his hands. He loved working on anything with an engine/motor, racing anything with wheels, and utilizing quality craftsmanship on anything he built. He was proud of his children, enjoyed attending their sporting events and other activities, and looked forward to any time spent with them. For the past 14 years, no hobby was more important to him than his grandchildren. He was known for being a loyal and dedicated family man and friend and for his generosity to others.