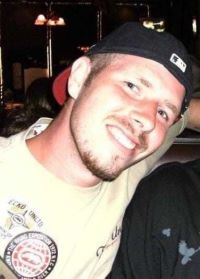 SOMERSWORTH - David B. Quint Jr. was born June 19, 1986 in Dover, the son of David and Kimberly (Shaw) Quint. He graduated from Dover High School in 2004. He died Saturday, Dec. 26, 2020 at his home.
David was a gentle soul who found the good in everyone around him. He believed in random acts of kindness, often putting money on the gas pump he was leaving for the person pulling up behind him to find. He found happiness in making others smile.
David had a deep love for music, always sharing the latest song he had heard, deciphering the lyrics, letting us know what the words meant to him (a trait we are sure he inherited from his father). He enjoyed paying his guitar, self-teaching himself chords. He spent many afternoons watching sports with his brother and Pops and had a never-ending supply of energy and love for his nieces and nephews. David's sense of humor will be missed greatly by his friends and family. It was rare to be in his presence without laughing at his jokes.
While David's time on this Earth was short, his impact is long-lasting. The epitome of kindness, he would want his friends and family to remember his smile, his laugh, his gentle nature, and above all, to be good to one another.
He is survived by his father, David Quint, Sr. of Lee; his mother, Kimberly Wood and her husband Jimmy of Dover; his brother Andrew Quint and his wife Tristan of Barrington; two sisters, Amanda McKeown and her husband Ron of Dover and Tiffany Griffin and her husband Timothy of Manchester; two step-sisters Alisha Wood of Rochester and Melissa Bolobanic and her husband, Spencer of Limington, Maine; his loving girlfriend Hanna Helm; and his nieces and nephews: Jaiden, Avaleigh, Haleigh, Ryder, Landon, Wyatt, Rosaleigh, Caden and Liam.