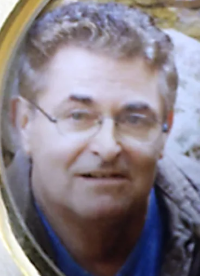 He was born on November 26, 1945, to Leonard and Louise (Roullo) Prescott in Rochester, N.H. David grew up in Farmington, N.H. and attended local schools.

After high school David enlisted in the Army and served during the Vietnam Conflict.

He was employed for a time at Rochester Toyota. David was an excellent auto mechanic and he enjoyed racing cars.

Spending time with family was important to him. For years, he would drive his van "Toybus" with his motorcycle in tow to California to spend time with his brother Danny in the winter. In summer he kept his pool clean and open so the family could enjoy it.

David liked to stay physically fit, always walking, some biking, and exercising. He also enjoyed four-wheeling on weekends with his sons and grandsons.

He is predeceased by his parents, his sister Lee Hodgeman, sister Donna Prescott and brother Dennis Prescott.