Defendants in whistleblower suit, all part of city schools, to enter pleas Monday 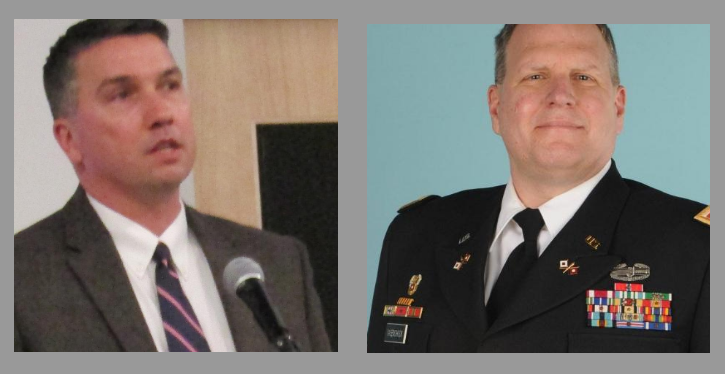 DOVER - Next Monday five defendants - all connected to Rochester Schools - will be in Strafford Superior Court to plead innocent or guilty in answer to a civil suit brought by the school district's former IT chief over his allegations that he was coerced, bullied and ultimately fired after voicing concerns over data mining of emails sent between teachers union officials and school board members.
Among those accused by former school IT chief David Yasenchock are Rochester Supt. of Schools Kyle Repucci, Asst. Supt. Saundra MacDonald, Rochester School Board Chair Paul Lynch, the Rochester School Board and the Rochester School Department.
The complaint alleges defendants "wrongfully terminated (him) when they harassed him and ultimately fired him in November 2020."
Yasenchock, who for 23 years served as chief technology officer of Rochester Schools, alleges in his suit that two months before his firing Repucci ordered him to search for emails between various school board members and elected union officials and provide paper copies back to him.
Repucci allegedly wanted to view the emails to determine if certain school board members had worked on a file presented to the school board by union officials, according to the complaint.
On Sept. 17, 2020, Yasenchock voiced concerns over the legality of what Repucci had ordered and requested he state in writing the exact scope of what he wanted his IT chief to do.
That's when it all went south, according to the complaint.
Yasenchock alleges he was summoned to Repucci's office and angrily confronted by both the superintendent and assistant superintendent after which he left but not before telling the pair he was going to report the matter to the full school board.
The complaint alleges Rochester Schools soon afterward hired Municipal Resources Incorporated (MRI) to identify and provide a narrative for grounds to fire him, which they did on Nov. 13, 2020.
Yasenchock, a combat veteran who suffers from PTSD, notes in his lawsuit that Repucci was well aware of his disability and exploited it when he confronted him in his office and again immediately after he left.
"This has been very tough for me," Yasenchock said on Monday. "I did 25 months in the Middle East. I was embedded with the Iraqis at an Iraqi base, teaching them about democratic values, due process. And then to come home to my own community and get zero due process."
The major charges made by the plaintiff include violation of whistleblower protections, wrongful termination, disability discrimination, breach of fiduciary duty against the School Board, breach of contract and breach of good faith and fair dealing.
The complaint alleges Yasenchock suffered significant losses and injury, including but not limited to, pain and suffering, compensatory and enhanced compensatory damages, lost wages, back pay, front pay, attorney's fees and other costs among others.
"My major goal is the truth needs to come out," said Yasenchock, who now works at UNH as the director of Cybersecurity, Governance, Risk and Compliance.
Representing Yasenchock are Attorneys Timothy J. Black and Philip L Pettis, both of Portsmouth.

Repucci told The Rochester Voice today he would have no comment on the matter.

Repucci, MacDonald and the Rochester School Department are being represented by Friedman Feeney, PLLC of Concord.