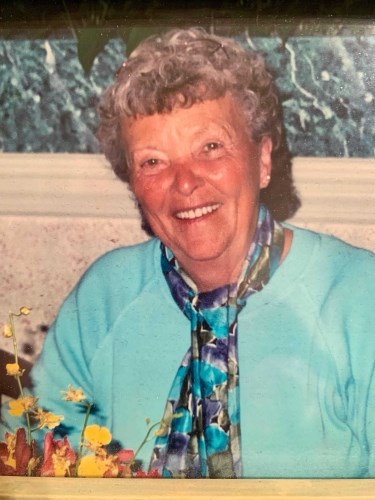 DOVER - Delores E. Beers, 92, died on Wednesday, Dec. 30, 2020, in her home surrounded by her daughters.
Born October 17, 1928 in Philadelphia, Pa., she was the daughter of Thomas P. and Edna (Hogan) Marshall.
Brave, beautiful, independent and determined, Doe raised her five daughters with love and grace. "Graham Cracker" adored her grandchildren, and was a devoted mother until the end.
"Dodi" was the best pie maker ever, and there was never a dish of ice cream that could avoid her spoon. A devoted UNH Men's Hockey fan, she attended every game for more than 30 years.
Delores is survived by five children: Lorraine Marquardt of Dover, Sheral Burgess of Stratham, Cindy Chaikin of Newington, Sandra Jalbert of Rollinsford and Donna Ledgard of Sanbornton; five grandchildren and six great-grandchildren, two great-great grandchildren, a sister Dorothy Dawson of Newfields, brother, Raymond Marshall of Newmarket and several nieces and nephews. Delores was predeceased by her husband of 42 years, Sidney Beers and siblings Lorraine Morin, Thomas Marshall, Jeanie McCoy, Edna Buxton, Marty Restuccia and Bonnie Kelly.