Despite reports of ineffective flu vaccine, Portsmouth doc says get the shot now! 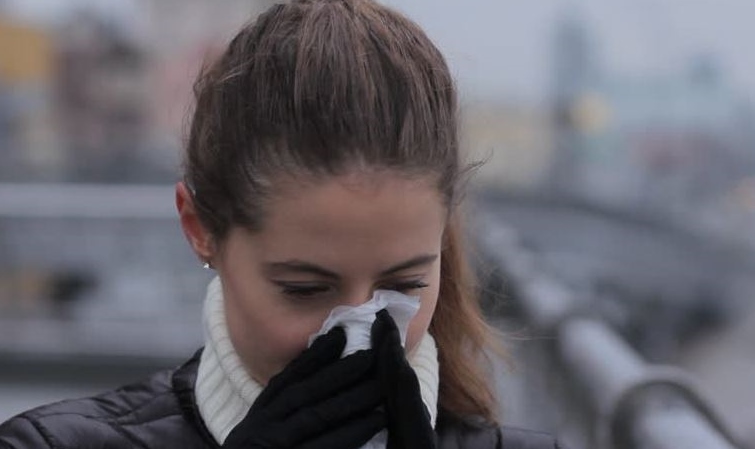 If you have the flu, make sure you cover your mouth when you sneeze, or better yet, wear a mask. (Courtesy photo)

A Portsmouth physician says even though some reports are saying this year's flu vaccine has been reported as little as 10 percent effective and the flu season is nearly half over, everyone should go ahead and get a flu shot now nonetheless.

"I've heard of those report of the effectiveness, but I've also seen some reports that it's 50 percent effective," said Dr. Bridget Marvinsmith, a primary care physician at Appledore Family Medicine. "But it's a good idea to get the flu shot nonetheless."

Marvinsmith said the Center for Disease Control uses flu patterns from the Southern Hemisphere like South America which had its winter earlier this year during our summer to determine what strains to protect against.

She said many of the studies correlating with those numbers show a 50 percent efficacy rate.

Besides, she says, even if you still get the flu, being immunized decreases your symptoms and your chances of developing complications that can be deadly.

According to the CDC those symptoms include:

And the complications can be much more severe:

Marvinsmith says the flu season starts in October, so health officials like to have those most at risk - including the very young and the elderly - start getting their shots in September.

"It takes two weeks for the immune system response to build up once you take the vaccine," she says.

Typically, the worst of the flu season occurs in December through February, but last year it continued into May, she added.

Marvinsmith noted that there are actually four common strains of flu: influenza A and influenza B, both of which have a subtype.

And other strains could also get into the mix, she said, depending on the year.

"Influenza A is thought of as the most dangerous strain, but that can be variant depending on the person," Marzinsmith explained.

She said in her Portsmouth practice, this year's flu outbreak has been about average.

In looking for flu symptoms, she said a high fever is the biggest giveaway.

To prevent spreading the flu, she advises the public to "cover your mouth if you cough or sneeze, or sneeze into the crook of your shirt; and frequent hand washing.

If you know you have the flu, she recommends wearing a mask to minimize infecting of other people.

And of course, stay home if you can.

Marzinsmith said she recommends getting the flu shot through the end of the season.

"Even if you do get the flu later it will reduce your symptoms," she said.

The flu shot is most recommended for infants from six months and for the elderly over 65.

And she reminds everyone that "there's nothing in the flu shot that will make you sick."

The typical reaction might be a sore arm near the injection site for a day or so, however she reminds the public to make sure whomever you get your shot from, make sure they ask you if you are allergic to anything just to be safe.

Most pharmacies and Walmart offer no co-pay flu shots.