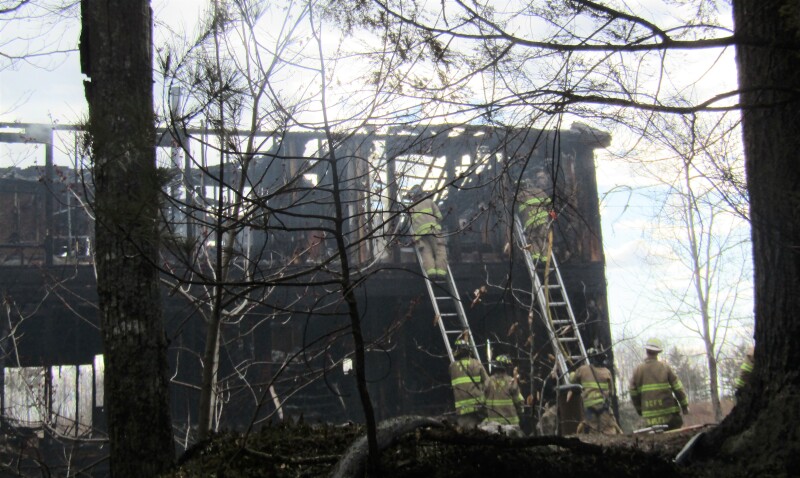 MILTON - One person was sent to the hospital and a dog they were trying to rescue died in a two-alarm fire that destroyed a Milton residence on Saturday.

Firefighters had to battle not only the house fire but also flames that blackened about an acre of nearby woods.

The blaze at 70 Mason Road was called in around 2:30 p.m. leading to a heavy mutual aid presence that had to negotiate rough portions of remote Teneriffe Mountain Road to get to the scene.

Milton Fire Chief Nick Marique said in a release today that the first officer on scene reported a working fire with "extension to the woods."

He noted that forestry crews were also put in play protecting a neighboring home and containing the brush fire that was slowly encroaching upon it.

The bystander who was sent to the hospital for evaluation had tried to rescue the dog prior to firefighters' arrival.

The fire was determined to be contained around 3:45 p.m., and crews cleared the area around 6:45 p.m.

The owner of the house was at the residence as fire crews battled the blaze, but had no comment.