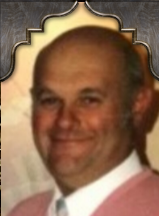 ROCHESTER - Donald R. (Dooley) Collins born July 20, 1940. He was former owner and operator of Collins Auto Body before his retirement, and for a few years, he was head custodian at Spaulding High School.

He was the son of Fred and Ruth Rankin Collins of Rochester. He Graduated from Spaulding High School and served 2 years in the Army.

As a youngster, he always liked to design and draw pictures, especially cars of the future. He started doing auto body at the young age of 16 and never stopped. His specialty was fiberglass bodies and was well known for his exceptional work repairing Corvettes. Having owned the first in Rochester, was his 1963 "split window" Corvette, a car he cherished until Uncle Sam called him for duty.

He was a perfectionist at "pin striping" dash boards, helmets, and truck/car bodies. He was once an avid racer on the drag strip in Sanford Maine with his 1965, 327 Chevrolet. He also raced in the Dover Soap Box Derby in the '40s with the late Marty Therrien of the then "Therrien's Furniture Store" of Rochester as his sponsor.

He loved reading "Hot Rod" magazines and developed a large collection which he still owned. In the earlier years he purchased every monthly publication of Hot Rod and Car Craft magazines on the newsstands and read each one cover to cover.

He was past president of the "Strafford County Snowmobile Club" of Rochester. He was a big snowmobiler and spent most winter weekends in Colebrook at his A-frame which he co-owned with friends.

He sponsored a "sulky" driver at the Rochester Fair presenting the winner with a ribbon.

He was a member of the "Granite State Street Rodders" of Rochester.

He also enjoyed his Chris Craft which he cruised on Lake Winnipesaukee.

Members of his family include his daughter, Dawn Collins, his son, Todd Collins and his wife Krista, a granddaughter, Chelsey Adams, a grandson, Codey Collins and 2 great grandsons: Billy Adams and Gavin Brown all of Rochester, a sister Jean Cordrey and her husband Ralph, he also leaves his neice, Rae Murphy, nephews, Ryan and Reade Cordrey.