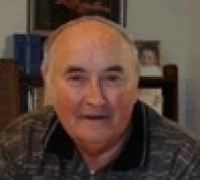 ROCHESTER - Donald F. Treadwell, 81, of Hawaii Lane, died Thursday, June 9, 2016, at the Hyder Family Hospice House.
He was born February 18, 1935, in Columbia, N.H., the son of Leo E. and Mabel E. (Learned) Treadwell.
Donald worked for U.A. Local 131 as a pipefitter and welder for over 50 years.
He was predeceased by his parents, his brother, Leo, and sister, Barbara.
Donald is survived by his wife Lorraine (Cunningham) Treadwell; son Michael Treadwell; daughter Donna Sitomer; brothers, Bob, Gordon, Phil and sister June; several nieces, nephews and grandkids.
Don was an avid hunter and fisherman. He loved the outdoors and spending time with his brothers at the family camp.
He was a kind, thoughtful and had a gentle soul. He had an enormous love for his wife Lorraine of 58 years, his two children, Michael and Donna, and four grandkids, Eric, Hunter, Taylor and Mason. He always looked forward to and treasured the time spent with family and friends.