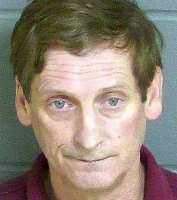 DOVER - A Dover man pleaded guilty on Tuesday and was sentenced to one to three years in prison for trying to sell carfentanil, a superpowerful opioid even more deadly than fentanyl.

David Morancy, 59, pleaded guilty in Strafford County Superior Court to four counts of possession of a controlled drug with the intent to sell, including two for cocaine, one for crack and one for carfentanil.

On Oct 11 members of the Strafford County Drug Task Force and the Dover Police Department surveilled Morancy as he appeared to meet with another individual in a Dover parking lot for a drug transaction. Law enforcement subsequently stopped him and found cocaine and crack cocaine on his person in addition to $2,615 in cash.

A search warrant was executed on Mr. Morancy's apartment in Dover the same day where law enforcement found carfentanil and cocaine, along with instrument of drug trafficking paraphernalia and additional cash.

This successful investigation and prosecution was the result of the joint effort of the Strafford County Drug Task Force and the Dover Police Department with the assistance of the New Hampshire Department of Justice's Drug Prosecution Unit.