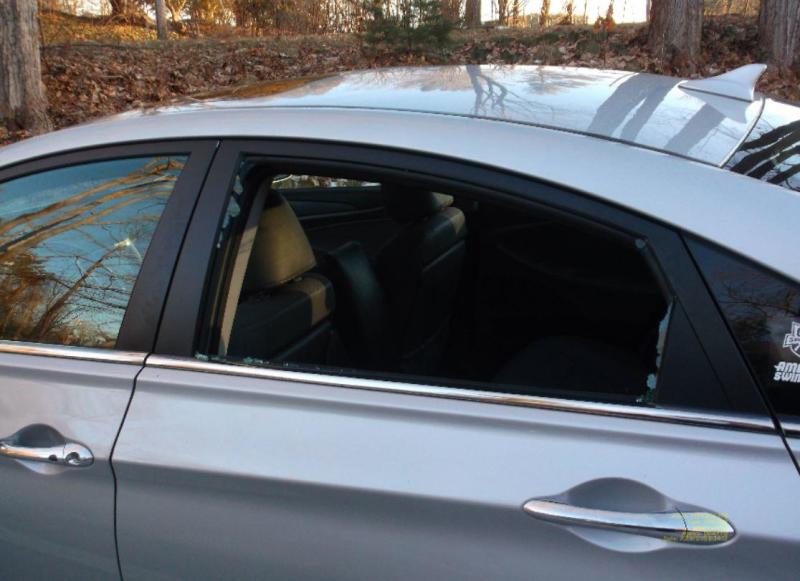 One of the cars vandalized. (Dover Police photo)

Four break-ins occurred during the day on Monday with a fifth reported on Tuesday. In all cases, windows were smashed on the driver's side of the vehicle. In some cases items were then stolen from the vehicles.

Some leads have been developed in the case, police say. In the meantime, the department has increased patrols in school parking lots throughout the city.

Anyone with information about this situation is asked to call the Dover Police Department at 603-742-4646. Anonymous tips may be called into the Dover Crimeline at 603-749-6000 or via www.dovernhcrimeline.org.