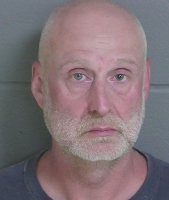 DOVER - A known Dover sex offender was arrested on Monday for failing to comply with sex offender registry laws.

As a result of his convictions, he is required to register as a sexual offender, which includes providing the address of his residence to the police department having jurisdiction where he is residing.

Dover Police Department detectives began an investigation on May 25 after receiving information that Paul was living at a residence he had not previously reported to the police department.

As a result of the investigation, detectives obtained an arrest warrant for Paul charging him with a Class B felony for failing to comply with RSA 651-B:4: "Duty to Report."

On June 11, 2018, officers located and arrested Paul on Washington Street. He was released on personal recognizance bail and is scheduled to be arraigned in the Strafford County Superior Court on June 28.