Dover woman dies in crash with freight train in Madbury 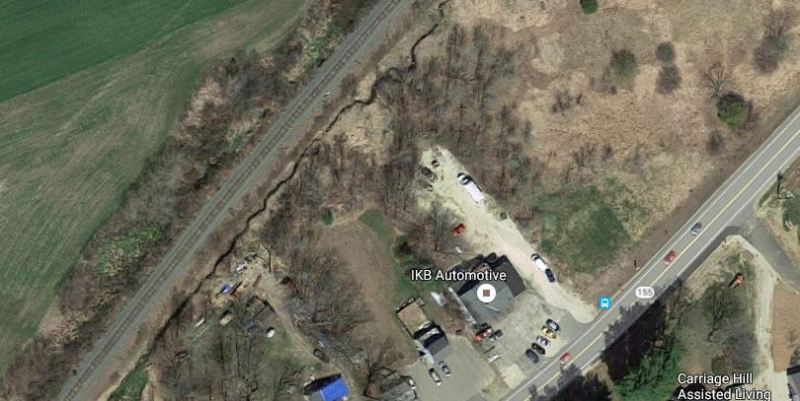 IKB Automotive is located at 309 Knox Marsh Road with the accident said to have been in the area of 303. (Google Earth image)

MADBURY - A Dover woman was killed when her car was struck by a freight train early today in Madbury.
State Police from the Troop A barracks responded around 2:30 a.m. to the area of 303 Knox Marsh Road for a serious motor vehicle accident involving a freight train and a car.
Preliminary investigation revealed that a 2013 Chevrolet Cruze driven by Jacquelyn Rollins, 64, was parked in a northwesterly direction across the tracks when the train hit.
The train was headed north and struck Rollins' car on the driver's side.
Rollins was transported to the Wentworth Douglas Hospital, where she was pronounced dead upon arrival. There were no other injuries reported.
Knox Marsh Road - Route 155 - in the area of the crash remained open for the duration of this investigation. Commuter train traffic was delayed while the vehicle was removed from the tracks and the freight train could be moved.
Assisting on scene were members of the Dover Police Department, the Durham Police Department, the Madbury Police Department, the University of New Hampshire Police Department, and the Boston and Maine Railroad Police. Also assisting were members of Dover Fire and Rescue, the Madbury Fire Department, the Durham Fire Department, and McGregor EMS.
This crash remains under investigation by the NH State Police Troop A Barracks. Anyone with further information related to this crash is asked to contact Trooper Thomas Bednar at 603-223-8490 or by email at Thomas.Bednar@dos.nh.gov.