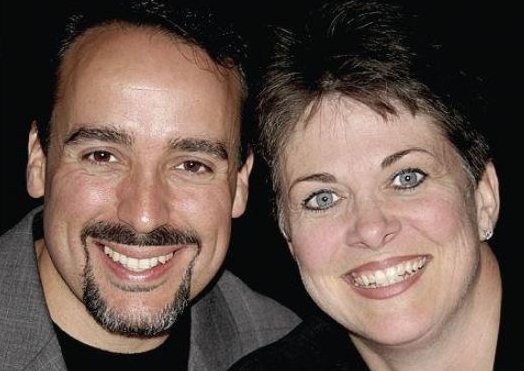 Jim and Lizette met at the Palmer College of Chiropractic in Davenport, Iowa, both receiving Doctor of Chiropractic degrees. They were married on June 7, 1997. They moved to Portland, Maine, before moving to Alton in 2012.

Both were active parishioners at St. Katharine Drexel Parish.

Jim owned and operated his own chiropractic practice.

He was an avid runner and competed in ultra-marathons across the country.

Lizette worked as a chiropractor at Sanctuary Body Works in Pittsfield. She loved being a mom to her three children and operating the family farm.

Jim is survived by his mother, Bernadine; siblings, Brian, Jennifer, Joseph, Matthew, and Jacqueline, as well as several cousins, nieces and nephews. He was predeceased by his father, Joseph.

Lizette is survived her parents, Timothy and Diane; brothers, Matthew, Nathan, Brandon, and Kevin, as well as many cousins, nieces and nephews.

Both are survived by their three children.