Dr. Terry Bennett, truly one of a kind, dies of cancer at 81 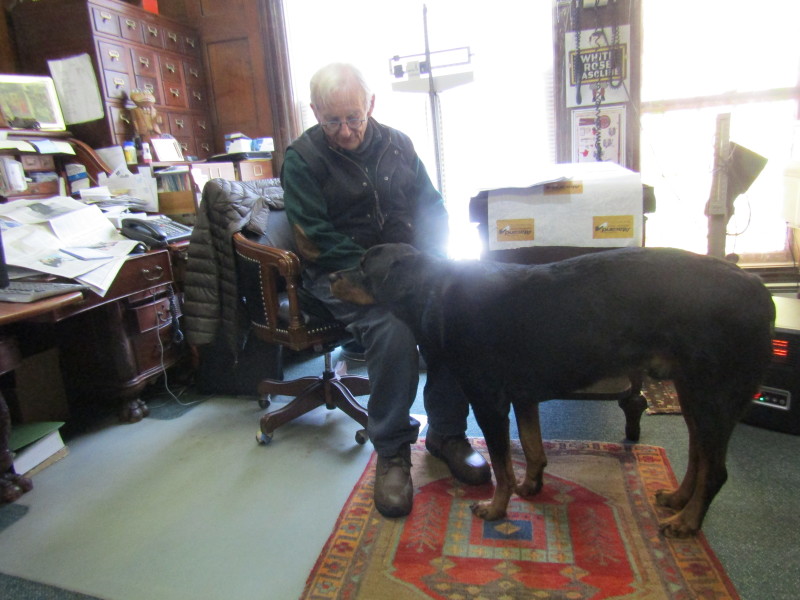 ROCHESTER - Feisty, indefatigable and fiercely loyal to his patients.

Those are some of the words that describe the doctor of the people, the pre-eminent patriarch of the Rochester medical community, Dr. Terry Bennett, who died on Monday at the age of 81.

Dr. Bennett died of cancer, but he fought the deadly scourge for more than seven years after being told in the summer of 2012 he had 90 days to live.

No stranger to controversy, Bennett thrived under pressure and never shrank from authoritarian dictates.

He once scolded an obese female patient, saying better lose some weight or she wouldn't be attractive to men.

"Let's face it, if your husband were to die tomorrow, who would want you?" he was reported to have said in a 2004 complaint brought by the woman.

And the New Hampshire Board of Medicine also at one point reinvestigated a 2001 allegation - originally deemed to be unverifiable - that Bennett told a woman who had just had brain surgery to buy a pistol and kill herself to end her suffering.

But whenever adversity showed itself, Bennett always rose to the occasion

Bennett neither drank nor did any drugs and was fiercely against marijuana use, especially among the young, whose brains, he said, were not formed well enough by the time of adolescence to not be negatively affected.

His longtime affiliation with Frsibie Memorial Hospital was often stormy, like in 2018, when he accused them of keeping potential Suboxone patients away from his South Main Street practice.

Shortly after The Rochester Voice produced a story about a local man who waited five months to become Bennett's Suboxone patient, the hospital streamlined its referral process, admitting that two primary care physicians in their network had mistakenly excluded Bennett from their list of Suboxone providers.

Medicine aside, Bennett's passion was collecting vintage and classic cars. In 1991 he auctioned off $4 million worth of vintage classic touring cars including Ferraris, Lamborghinis and Panteras, and donated the money to a Harvard University scholarship fund.

An anonymous donor had donated tuition for his undergraduate and graduate work at Harvard, and even though college administrators insisted he had no need to pay it back, he insisted on it.

Much of Bennett's collection of vintage cars was picked up in Saudi Arabia in the 1970s when he became a personal physician for members of the Bin Laden clan in which Osama Bin Laden was a member as well as many other wealthy sheiks and oil tycoons. At the time he was treating the Bin Laden family they owned one of the biggest construction companies in the Middle East.

He said rather than pay him in cash, they'd pay him with cars. He said he often woke up with another classic roadster in his driveway, the quid pro quo from some wealthy sheik.

A second auction to liquidate a second batch of classic cars and other collectibles in 2012, however, didn't do as well, ending in a protracted court case as Bennett sued a Florida auction company for allegedly not providing the necessary description of the provenance of his treasured motor cars in pre-auction publicity.

The nearly two-year $1.6 million lawsuit ended last year with a judge's decision the auction company had done no wrong, infuriating Bennett to no end.

Bennett's desire all along was to liquidate assets before he passed. During the 1991 auction he told the New York Times, ""A lot of my pack-rat friends have died and had their wills thwarted. Lawyers move in and things disappear. Money goes south instead of west where you wanted it."

Bennett could be brutally honest with anybody, including patients, but he had a soft heart that knew no bounds of kindness, too.

Juli Ann Skidds of Farmington, a longtime patient of Bennett's, said she had many stories about Doc. Bennett she fondly remembered, but she had a favorite one, too.

She had just been in a serious motor vehicle accident with substantial injuries and had returned to Bennett's Rochester clinic for follow-up treatment after first being treated at Maine Medical Center in Portland.

She said Bennett entered her room and said brusquely, "I apologize for not having a chance to read your chart. But now that you are home figure out what you want to do with your life and get back to work," she said.

"I was devastated because he was my primary care physician, and I had no choice but to go back and see him a couple of days later due to medical complications from my accident," Skidds said today. "He took me in immediately and could not apologize enough and proceeded to tell me that I was one of his heroes for what I had overcome. With tears in his eyes, he said I was a walking, talking miracle."

Skidds added her favorite doctor was "a man that always told it as he saw it but was also the most kindhearted man that you could ever meet."

"We developed a bond and oftentimes he would see me on his lunch break when I didn't have insurance," she added.