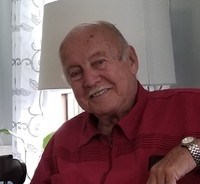 ROCHESTER - Earl Chick, 88, of Rochester, died unexpectedly at home on June 3. Born May 17, 1933, he was the son of Earl and Marion Chick. He is predeceased by his wife, Norma (Foss). He retired from GE in Somersworth after 39 years of employment. Earl was a longtime member of the Dover Moose Lodge and had volunteered at the Dover Bingo Hall for many years. He enjoyed watching sports, especially Bruins, Celtics and Patriots games. He also liked attending summer concerts in Alton Bay.
He is survived by his son, Dan Chick, stepson Paul Foss and grandson, Dylan, his niece, Samantha (Chick) Kelley and husband, Bob, three grandchildren, Kim Chick, Greg Chick and Destiny (Chick) Johnson, six great-grandchildren, his cousin, Joy Fournier, his longtime friend, Rachel Grenier, and many other friends and family. He is predeceased by his son, Doug Chick and his brother, John Chick.