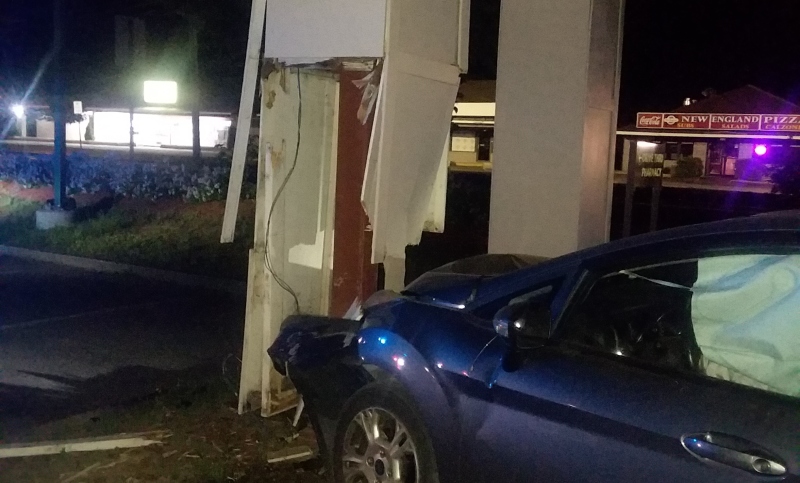 Both the sign and the teen's vehicle sustained heavy damage. (Rochester Police photo)

The accident occurred around 12:20 a.m. when police say a single vehicle with multiple occupants struck the Rite Aid sign outside its pharmacy across the street from the Lilac Plaza.

Officers arrived on scene and found that a 2014 Ford Fiesta being operated by Noah Allen Bryson, 19, of Rochester, had left the roadway and struck the sign.

The vehicle was occupied by three other juveniles at the time of the collision.

Police say there were no signs of impairment at the time of the investigation, but it appears fatigue may have been a factor. The occupants of the vehicle were wearing seat belts during the crash.

The vehicle had to be towed and the sign also showed significant damage.

If anyone has any information in reference to this collision they are asked to contact Officer Garneau at the Rochester Police Department at (603)330-7128.