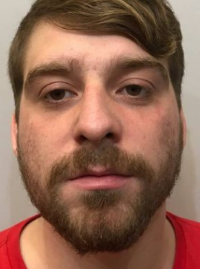 ROCHESTER - An East Rochester man arrested in a pistol whipping attack on a woman in November is expected to be indicted on those charges next month, the Assistant Strafford County Attorney prosecuting the case said on Tuesday.

The Dec. 1 arrest of Tyler Irving, 23, of Abbott Street, came as a result of an investigation into a Nov. 28 incident in which he allegedly pointed a gun at a female, then hit her with the gun and threatened to kill her, police said. The female received minor injuries as a result of the incident.

Hours after he was released the next day on personal recognizance police responded to Abbott Street again for a disturbance where it was reported Irving had jumped another person. Police say Irving and a couple of other people had gone to the apartment to collect some belongings when a disturbance began, leading to the parties engaging in a physical altercation.

As a result of another investigation, Irving was rearrested and charged with felony riot, witness tampering/retaliation and contempt.

Assistant Strafford County Attorney Kayla Turner said on Tuesday that two drug charges would be before this month's grand jury, and the pistol-whipping charge would be taken up in March.

She said given the indictments are returned, Irving will be offered a global plea deal meaning the deal would include all pending charges.

She said the global plea is being offered, in part, due to the backlog of cases the court is facing overall with current COVID restrictions in place.

She said she was unsure whether Irving would accept the plea deal or opt for trial.