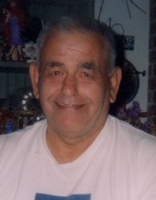 ROCHESTER - Edward A. Brown, Sr., "Brownie", a Rochester, N.H., resident, formally longtime resident of Portsmouth, 77, died at Frisbie Memorial Hospital, Sunday, November 13, 2016, with his family by his side. Born in Portsmouth April 26, 1939, he was a son of Ernest A. Brown and Ola (Tucker) Brown.
He was a graduate of Portsmouth Senior High School, Class of 1957 where he played football, baseball, and basketball. After high school he joined the United States Army serving four years.
Brownie managed the Woodbury Avenue car wash for many years. He worked at Portsmouth Dodge as well as Izzys Market for many years. In his later years, he worked part time at the Irving gas station at UNH. While the gas prices may have risen around 2009, the amount of fake IDs definitely decreased when Brownie was working. His work passion was being an Umpire. He spent over 40 years on the ball field as an ASA slow pitch umpire, as well as a basketball referee. He worked the soda pop football and basketball league. He organized and supported the women's seacoast basketball league for 12 years at the Connie Bean Center. He was the UIC In 2011 for the Portsmouth and Dover slow pitch softball league. His health slowed him down where he could no longer umpire in 2012. He often said he would "stay on first base with a walker and call the plays". He enjoyed bowling at the Bowl-O-Rama on Sunday night couples league with his good friends. He spent his time with his beloved wife and dogs over the years at his summer camp.
Survivors include his daughter's Becky Whitney and husband Steven of Ossipee and Debbie Brown of Hampton; his sons Michael Brown and his wife Tina of York and Edward Brown, Jr. and his wife Desi of Rochester; his four grandchildren Whitney, Cassandra, Colby, and Darcy. When he married Roberta he had seven stepchildren: Rebecca Greene of Dover, Michael Greene of Tilton, Matthew Greene of Franklin, J'Amy Colburn of Weare, Mary Greene of Meredith, Mark Greene of Weare, and Marshall Greene of Loudon, as well as 21 grandchildren and 12 great grandchildren; his sisters Brenda Bost and her husband John, their children John Bost Jr., of Newmarket , Kathy (Bost) Slipp of Greenland and Bob Bost of Nashua and Leonis Denoncourt of Rochester and her sons Michael and Steven.

He was predeceased by his wife Roberta (Greene) Brown and his first wife Pauline (Dionne) Brown, and a sister Barbara Donnegan. - See more at: http://www.legacy.com/obituaries/fosters/obituary.aspx?n=edward-a-brown-sr&pid=182545894#sthash.EgSms4MC.dpuf