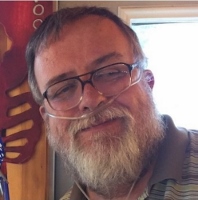 ROCHESTER - Edward J. "Ted" Semple, 59, of Rochester died on Saturday, June 2, 2018 at Boston Medical Center after a lengthy illness. Ted was born on September 30, 1958 in Hamilton, Ontario, Canada, and was the son of the late Donald C. and Muriel M. (Williamson) Semple.
He was raised in Phoenix, Ariz., and was a graduate of The College of Idaho in Caldwell, Idaho. Ted lived in various locations in Arizona, Washington, and Connecticut before moving to New Hampshire in 2007.
Though Ted had a varied career in purchasing (hotel food and beverage, cellular phone towers, and medical equipment) and grocery store management, his enduring legacy is as owner/operator of "Anything To Go," the convenience store he and his wife bought in Portsmouth, N.H., in August 2007 and only recently sold. He was an avid sports fan and self-proclaimed "King of the Junk Sports," enjoying many lesser known sports like arena football, indoor polo, and - in an enduring tribute to his Canadian heritage - curling. He was a voracious reader, history buff, and dog lover.
He leaves behind his loving wife of 19 years, Kelly Cox Semple; his step-sister Lisa Francis; many cousins in Canada and the U.S.; and brothers- and sisters-in-law, Gerry Cox, Chris and Shirley Cox, Sean and Debbi Cox, and Cathy and Tim Frankel. He was the fun uncle to Geno Francis, Timothy Francis, Andrew Frankel, Caitlin Cox, Joshua Cox, Megan (Frankel) Billings, Daniel Cox, Ariel Frankel, Courtney Cox, Samantha Cox, and Ryan Cox and great-uncle to Bryson Frankel, Corbin Frankel, and Hazel Billings.