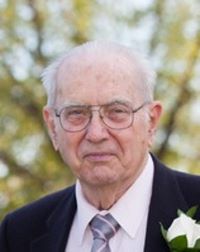 Raised in Lowell, Ed was proud of his Polish heritage. His dedication to athletics led him to a spot on both the basketball and lacrosse teams at Lowell Tech. There he earned a Bachelor's degree in mechanical engineering, with a minor in textiles. Once married, he moved his family to Dover, where he began his career at Portsmouth Naval Shipyard, first as a mechanical engineer and then as supervisor in SUBMEPP (PERA SS). He held this position until his retirement in 1990. Following his time at the Shipyard, Ed was a member of NARFE (National Active and Retired Federal Employees Association).

A man of great faith, Ed was a dedicated member of St. Joseph Church, serving as a eucharistic minister for several years, as well as serving on the local diocesan school board. Ed was also a volunteer for fifteen years at Catholic Charities of Rochester.

Ed's dedication to the sport of lacrosse continued throughout his life. He was a "super fan" and had been known to travel across the country in support of his favorite team- the UNH Women's Lacrosse team. Along with lacrosse, Ed could often be found supporting the UNH Wildcats football and hockey teams. Ed was also an avid fan of New England sports teams, cheering on the Red Sox, Celtics, and Patriots and Bruins every year.

Along with his parents, Ed was preceded in death by his beloved wife, Lorraine (Lachapelle) Koza; son, Alan Hamilton; and siblings, Stanley Koza, Walter Koza, and Helen Koza.