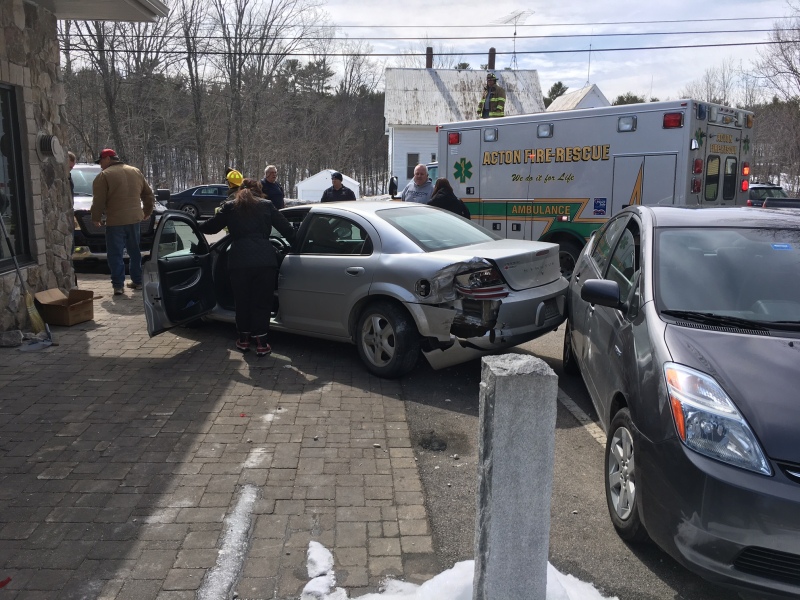 SHAPLEIGH - An elderly Acton woman backing her vehicle out of a parking space at a popular Shapleigh restaurant accidentally crashed in another car and the eatery on Sunday.

The incident occurred around 12:30 p.m. at Ted's Fried Clams when a 2006 Dodge Stratus driven by Althea Cram, 93, was backing out of a parking spot and pushed too hard on the accelerator, police say. The vehicle lunged backward and struck the corner of the building and continued backing, striking a parked 2007 Toyota Prius that was occupied by Hoa Nguyen, 62, of Springvale.

Both Nguyen, a passenger in the Prius, and Cram were examined by Shapleigh Fire and Rescue personnel, but did not require any additional medical attention.

The Dodge Stratus was considered a total loss, while the Prius was driven from the crash scene with minor damage.