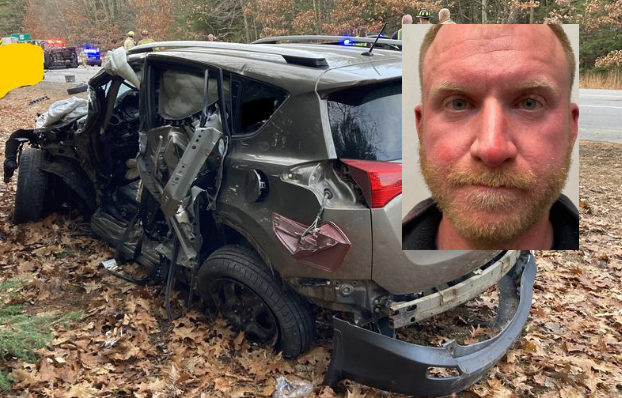 The driver of the Tacoma, Scott Boire, inset, was charged with aggravated DUI. The seriously injured woman was driving the Rav 4, seen above. (Rochester Police photos)

The driver of the Tacoma was charged with aggravated DUI.

The driver of the Rav 4, a 71-year-old woman from Rochester, was initially trapped in her vehicle. She was extricated and transported to Portsmouth Regional Hospital with serious injuries.

Scott Boire, 37, of Raymond, who was treated at the scene for minor injuries, was arrested for aggravated DUI. He has since been released while awaiting his next court date.

Preliminary investigation indicates the Tacoma crossed over the yellow center line and struck the oncoming Rav 4, however the accident remains under investigation.

The Strafford County Regional Technical Accident Reconstruction Team was called in to assist with the investigation.

Rochester Police did not reveal the patent's name.