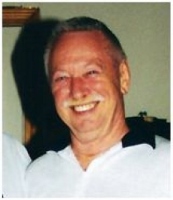 ROCHESTER - Ellsworth "Joe" Johnson, 81, formerly of North Berwick, Maine, died on Wednesday, January 17, 2018 in Durham. He was born March 15, 1936 in Freeport, Maine, son of Carroll and Doris (Everett) Johnson.
In 1954, Joe enlisted in the Air Force serving during Vietnam, and continuing for the next 20 years. While enlisted, he married Judith Roberts, June 28, 1958.
After his retirement from the military, Joe and Judy raised their two children in North Berwick, Maine. Together they enjoyed motorcycle rides, snowmobiling, dancing and bowling in their local league. He worked for Hussey Seating as an Inventory Control Officer and worked a short time for the North Berwick Elementary School as a custodian.
Joe volunteered for the North Berwick Rescue Squad and was a member and Past Master of the Yorkshire Lodge #179, AF & AM. His laughter and warm sense of humor will be forever remembered by all who knew and loved him.
After Judy's death in 1992, Joe met Judith (Lemay) Michaud and married in 1995. They loved traveling and family gatherings and each winter they became snowbirds, seeking the sun in Tampa, Fla.
He was predeceased by his wife of 34 years, Judith (Roberts) Johnson. Surviving are his second wife, Judith (Lemay) Johnson of Dover, N.H.; son Gregory Johnson and his wife Suzanne of Saco, Maine; daughter Diana Plante of Sanford, Maine; step-son Ron Michaud of Barrington, N.H.; step-daughter Bonnie Laderbush of Dover, N.H.; brother, Robert Johnson of Knob Noster, Mo., 14 grandchildren and three great-grandchildren.