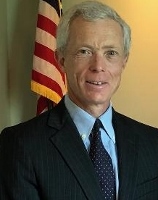 After almost 45 days of public and expert testimony and questioning, its deadline time this week for the New Hampshire Commission on Law Enforcement Accountability, Community, and Transparency.

Gov. Chris Sununu formed the commission in June in the wake of the protests surrounding the death of George Floyd in Minneapolis at the hands of white police officers. Floyd's death sparked two weeks of rioting around the country and a re-examination of the role of law enforcement.

A draft report, summarized and drafted for the commission by Attorney General's Office, contains a list of specific recommendations the commission heard from many members of the public.

But it still does not have member recommendations.
Members had a deadline of Monday at noon to put their own recommendations together which will be discussed and voted on by Friday, under the outline they agreed to last week.

As of 2 p.m. on Monday, there were no publicly posted meetings for the commission this week but it is expected they are to meet virtually on Wednesday and Friday.

A draft report which includes 21 public recommendations was uploaded to the website along with an overview of current state training of police, the curriculum, a review of recent legislative changes which include the prohibition of chokeholds and a link to the summary of testimony received to date is available for public view with a link to the document at the bottom of this story.

The commission heard that communities should eliminate school resource officers altogether and reallocate resources from the police to counselors and social workers. That recommendation came last week from attorney Anna Elbroch, a Rudman Teaching Fellow at the University of New Hampshire School of Law. https://www.governor.nh.gov/sites/g/files/ehbemt336/files/inline-documents/sonh/20200722-anna-elbroch-testimony.pdf

She said there is no conclusive evidence that SROs make schools safer and in the cases of mass school shootings at Columbine, Parkland and Virginia Tech, all occurred with armed security present.

"I see opportunities for police to create relationships outside of schools but not inside," she told Commissioner of Safety Robert Quinn who asked if she saw an opportunity to enhance current SRO training programs.
"There are too many opportunities for students to feel uncomfortable," with a uniformed police officer permanently stationed in their schools.

The draft includes the following specific public recommendations for the state to consider:
1. Extend the length of the police academy beyond its current 16 weeks/684-hour program for full-time officers.
2. Improve police academy training and diversity. Currently, only two hours of the 684 hours are spent on diversity training.
3. Expand the current, in-service training requirements, standardize subject matter, and mandate topics such as implicit and conscious bias. The state requires eight hours of annual in-service training of officers while the approximately 210 police departments have their own varying and individualized in-service training. State Police, with approximately 350 sworn officers within seven troops receive in-service training that exceeds the eight-hour annual requirement which in recent years has included training in unconscious bias, fair and impartial policing, and mental and physical wellness and resilience. New troopers also are required to spend a day at the NH Hospital learning about responses to mental health crises.
4. Expand police academy training to include the history of police relations with minorities, prejudice, and misconduct towards persons of color.
5. Improve and augment police academy training on communicating with hearing-impaired individuals.
6. Expand police academy training to include the consideration of race by police officers when deciding whether there is reasonable cause to detain someone or whether they consent to a search.
7. Improve police academy training on de-escalation techniques.
8. Improve training on mental health/overall wellness of police including ongoing psychological screenings.
9. More and better training on mental health and substance abuse issues in the community.
10. Improve training on the police's duty to intervene and police ethics.
11. Abolish the 200-hour, police academy for part-time officers.
12. Improve and augment police academy training for School Resource Officers.
13. Improve training for child abuse and sex crimes investigations.
14. Implement statewide mobile-crisis response teams to decrease police response to mental health emergencies.
15. Improve crisis intervention training.
16. Increase diversity of police academy teaching staff
17. Implement statewide accreditation requirements for all police departments.
18. Mandate collection and publication of demographic data pertaining to all police contacts with members of the public.
19. Mandate implicit bias screening of all new officers.
20. Improve efforts to recruit diverse candidates for law enforcement.
21. Require prosecutors to inform agencies when evidence is suppressed or a case is dismissed/abandoned in court.

The draft summary includes a bit of informational background which is helpful for the public to understand.
The state has technically three police academies all operated by the Police Standards and Training Council in Concord. One is the full-time officer academy, a part-time academy, and a corrections academy.

The council is an executive branch agency comprised of 14 members tasked with training all law enforcement officers in the state. By law, no person may serve as a law enforcement officer in New Hampshire, "unless such person has satisfactorily completed a preparatory program of police, corrections, or probation-parole training appropriate to such person's position at a school approved by the council." according to RSA 106-L:6,I.

It has a general fund budget for 2021 of $3,372,749.
Students, known as cadets are hired and screened by an employing agency and attend one of three full-time academies a year, which lasts for 16 weeks in a paramilitary, residential setting, Monday through Friday.
It has a new director, John Scippa, hired March 16, 2020.

Scippa, a member of the commission, testified that the current block of instruction regarding diversity lasts two hours and is focused on differences in cultures. It advocates "Stop, Look and Listen."
"Very little time is devoted to defining and recognizing bias, including implicit bias, or overcoming and controlling the bias," the draft report reads.
Cadets receive 16-hours on mental illness dynamics, it reads, which include lectures and practical exercises.

About 93 hours is dedicated to the use of force instruction but chokeholds are not among the techniques that have been taught.

A recent law passed prohibits chokeholds, such as that used to detain and kill George Floyd, though there is a legal standard that allows for its use to protect the life of an officer.

In addition to the police academy and annual state in-service training, each police department is responsible for writing, maintaining, and enforcing its own training policies and procedures. There is no model or statewide standard.

Some communities have their own police commissions with varying authority over the department. The cities of Nashua, Manchester, Portsmouth, Laconia, and Berlin all have been commissioned by statute.

Fifteen local departments have been nationally accredited by the Commission on Accreditation for Law Enforcement (CALEA) which is "expressly committed to procedural justice, ethical policing, community trust and engagement, transparency and service delivery, appropriate organizational culture, fairness in system processes and consistency in what the public should expect from a law enforcement agency," the draft reads.

There is a substantial cost to seeking and maintaining such accreditation but it is considered the "gold standard" and the commission heard a lot about CALEA and the potential for implementing such standards statewide.

The draft includes information about new laws just passed in the state related to police accountability for misconduct under what was House Bill 1645, signed by the governor.

The new statute defines misconduct as: "assault, sexual assault, bribery, theft, tampering with evidence, tampering with a witness, use of a chokehold, or excessive and illegal use of force as defined by New Hampshire criminal code."

This report will focus on police training.
Two other areas of the report, which will deal with community relations with police and then police misconduct and public accountability will be addressed in a future supplement to the report.
For more information on the commission visit https://www.governor.nh.gov/accountability.