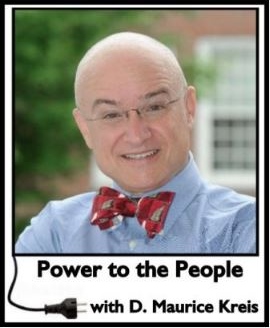 New Hampshire has been a quiet place in recent weeks as the COVID-19 pandemic has ravaged our communities. So maybe you heard that big slam the other day.

It was the sound of Eversource banging the door shut this week, not just in my face as the state's ratepayer advocate but also in the face of the staff of the Public Utilities Commission (PUC).

We - the Office of the Consumer Advocate (OCA), representing residential utility customers, and the PUC Staff, which provides analytical and policy support to the three PUC commissioners - approached Eversource to talk about settling the big rate case that Eversource filed last summer. The state's largest electric utility asked for a nearly $70 million rate increase - a whopping 20 percent price hike for the monopoly provider of electric distribution service to 70 percent of the state.

The dark heart of any utility rate case is always the company's request for an allowed return on equity (ROE) - basically, the profit guaranteed to the utility's shareholders after the company covers its operating costs and pays back lenders with interest. Eversource thinks its shareholders deserve an ROE of 10.4 percent.

Profits of ten point four percent! At the start of a global economic depression, triggered by a planetary pandemic, that has left thousands of Eversource customers in New Hampshire wondering how they'll cover the mortgage payments and buy groceries!

Here's a sanity check. A few days ago, the South Carolina Public Service Commission ruled on a request by a water utility down there, Blue Granite Water Service, for an ROE of 10.7 percent. The regulators hacked this down to 7.46 percent.

Even that is a ludicrously big pile of shareholder lucre at a time when interest rates are basically at zero. When utility rate regulation works properly, ROE rises and falls with interest rates (although, admittedly, at a higher rate since shareholders take on more investment risk than lenders do).

One could go on and on through the depths of what Eversource is demanding. The OCA has filed written testimony accusing Eversource of wasting $42 million on outdated meters so as to thwart customer-empowering energy innovation. The PUC Staff - which, according to the rules, presents its own case as if it were a party - found a different $63 million dollars of investments that it wants to throw out of Eversource rates.

Oh, and did I mention operating costs? Here's just a snippet. Eversource wants you to pay for millions and millions of bonuses paid to retiring executives.

Eversource even seeks to require its New Hampshire customers to help pay for the transaction in 2012 that created the company out of the merger of NSTAR in Boston and Northeast Utilities in Connecticut, the latter being the parent company of what is still technically known as Public Service Company of New Hampshire. This even though the merger was not subject to approval in New Hampshire and has resulted in a utility empire in which our state's customers are an even smaller speck of dust than they were when executives near Hartford were calling the shots.

But, but, but . . . it's been a decade since Eversource's last rate increase in New Hampshire. Inflation has taken its toll on operating costs. Substations must be upgraded. Cybersecurity challenges loom. Customers expect fewer outages in the internet era.

So, as the end of the rate case approaches and hearings before the PUC commissioners near, we at the OCA and our colleagues at the PUC decided to approach Eversource to talk about settlement.

But in every rate case - and I've been in the business since the PUC hired me as a staff attorney in 1999 - we have always at least sat down with the utility to talk settlement. Until now.

Here's what the rules allow me to say. The OCA and the PUC Staff put together a joint settlement offer, and we scheduled a meeting with Eversource to talk about it. Ordinarily we would do this in person, but because of pandemic-driven social isolation this gathering took place by conference call.

Their key decisionmakers were present. So were ours. Attendance was taken; wishes for good health in the face of COVID-19 were exchanged. But the meeting lasted all of three minutes.

But I can guess what the three commissioners at the PUC will decide if this whole thing is presented to them for a decision on a contested basis, via a public hearing that will be messy and complicated because social distancing rules will drive the whole thing to an online platform.

Monopoly profits of 10.4 percent, for an essential service, in this economy? No way. Not even close.

Power to the People is a column by D. Maurice Kreis, New Hampshire's Consumer Advocate. Kreis and his staff of four represent the interests of residential utility customers before the NH Public Utilities Commission and elsewhere. It is co-published by Manchester Ink Link and InDepthNH.org.