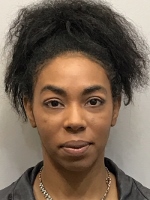 DOVER - A Rochester woman is facing up to 14 years in jail and up to $200,000 in fines following her indictment on two fentanyl trafficking charges by a Strafford County grand jury.

Leah Costales, 31, with a last known address of Melrose Drive, is accused of two counts of sale of fentanyl on May 8 and 9, 2019.

According to the charging documents, Costales in both instances, sold less than a gram of fentanyl to a "cooperating individual" in Rochester.

Costales pleaded guilty to a single charge of theft by unauthorized taking in August 2019 for stealing a truck in Farmington the previous June. She received a one-year sentence, all suspended for three years.