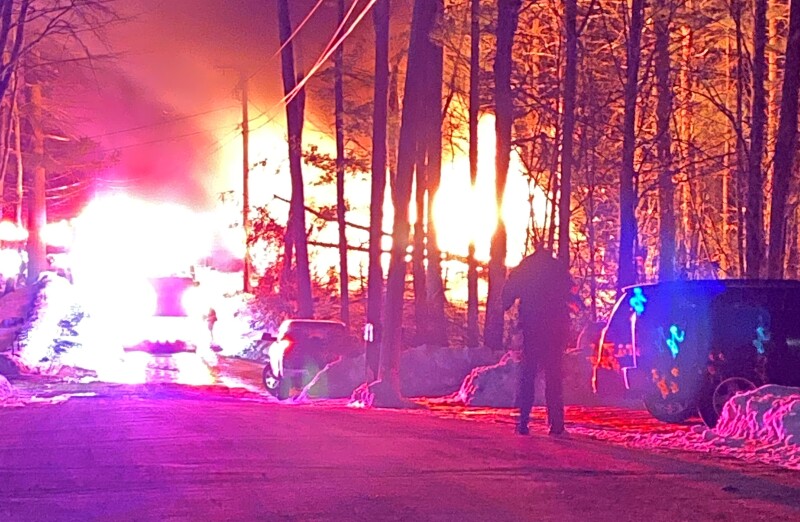 The two -alarm blaze at 52 Kennebec Drive broke out around 5:30 p.m. and drew firefighters from Acton and Newfields as well as Rochester and Milton in New Hampshire.

A mother and two sons escaped the burning building, but a dog and a cat remain unaccounted for, Flynn added.

The Red Cross and family members are helping the family out with shelter and clothing.

The cause of the fire was determined to be use of a Salamander heater to thaw out septic pipes.

A salamander heater is any of a variety of portable forced-air or convection space heaters, often using kerosene or propane as fuel but also requiring electricity, used in ventilated areas for worksite comfort.

Flynn took the opportunity to warn against such use inside a dwelling.