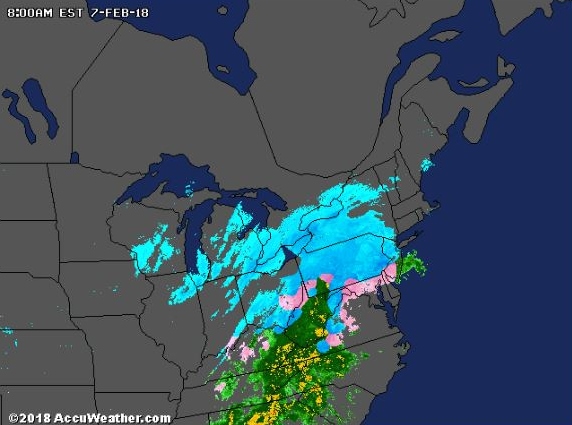 A fast-moving winter storm cold dump up to a foot of snow in the Northern Seacoast starting this afternoon around 2 p.m.

Estimates vary from 6-12 inches, more than enough to make roads greasy by midafternoon.

One saving grace? Winds will stay light and variable throughout the storm, so blowing and whiteouts shouldn't pose as much as a threat as last month's bomb cyclone storm.

Still, the threat was enough to cancel schools in Lebanon and Milton, while Rochester schools are in session with an early release around noon, with middle and high school students getting out at 11:30 a.m. followed by elementary schools at 12:15 p.m.

While the kiddos will be happy with less classroom time today, commuters are in for a nasty commute this afternoon when the snow will be at its height, sometimes dumping an inch an hour in some locales.

Temperatures will stay in the mid- to high 20s most of the day, with the snow clearing out around midnight tonight.

Tomorrow will bring a quieter period of several days with no major storms till a possible ice and snow event on Sunday.

The same storm will be spreading rain across the southeastern U.S.

Many airlines began canceling flights scheduled for today on Tuesday afternoon in anticipation of the storm.

(Accuweather material contributed to this report.)