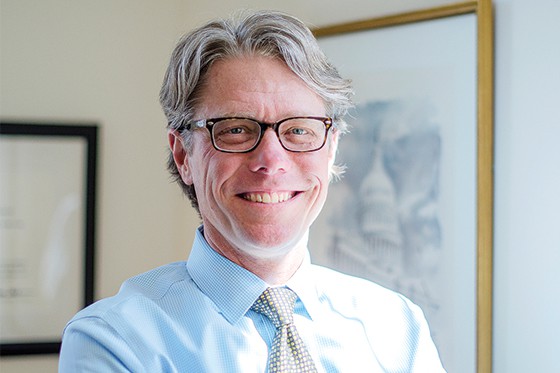 The U.S. Treasury earlier this month issued new guidance to states allowing CARES Act money to be spent until the middle of next year if the money is obligated before Dec. 31. The new guidance is intended to address supply chain issues caused by the pandemic.

New Hampshire received $1.25 billion in federal CARES Act money that had to be spent by the end of this year until the new guidance changed that.

About $8 million of the federal money will be used to reimburse the state: $250,000 for cleaning and air filtration work in legislative buildings, and $7.8 million to reimburse for paid family and medical leave or regular leave for state employees due to public health protocols during the pandemic.

About $19 million in CARES Act funds will be used for a variety of established testing, vaccination and summer work incentive programs currently funded through the American Rescue Plan.

Taylor Caswell, executive director of the Governor's Office for Emergency Relief and Recovery, told the Fiscal Committee switching the funds will free $20 million of American Rescue Act money to go back into the state's pool, which offers more flexibility.

He said the money the committee is asked to approve along with an additional $10 million the Executive Council approved the day before for hospitals total about $40 million of the $80 of CARES Act money not spent by the deadline. But he noted that it is a moving target.

What is not spent at the end of the year by law would be transferred to the state's unemployment trust fund. The fund -- paid through assessments on businesses -- was depleted during the height of the state's economic shutdown during the early months of the pandemic.

The additional CARES Act money will reduce what businesses have to pay for future unemployment benefits for their employees.

Rep. Mary Jane Wallner, D-Concord, asked Caswell if other pandemic relief programs were considered that had run out of allotted money.

Caswell said timing was important because contracts have to be in place by the end of the year to obligate the money, and in some instances that would have been impossible to achieve in the time allowed.

He said his office did provide funding to several homeless shelters and long-term care, and senior programs that had run out of their allotted money with unspent CARES Act funds, as well as providing about $1.7 million allowing five homeless shelters to expand.

"We desperately tried to get these things into the appropriate categories," Caswell said, "within all the guardrails you have to stay within."

The two items were approved on 10-0 votes.